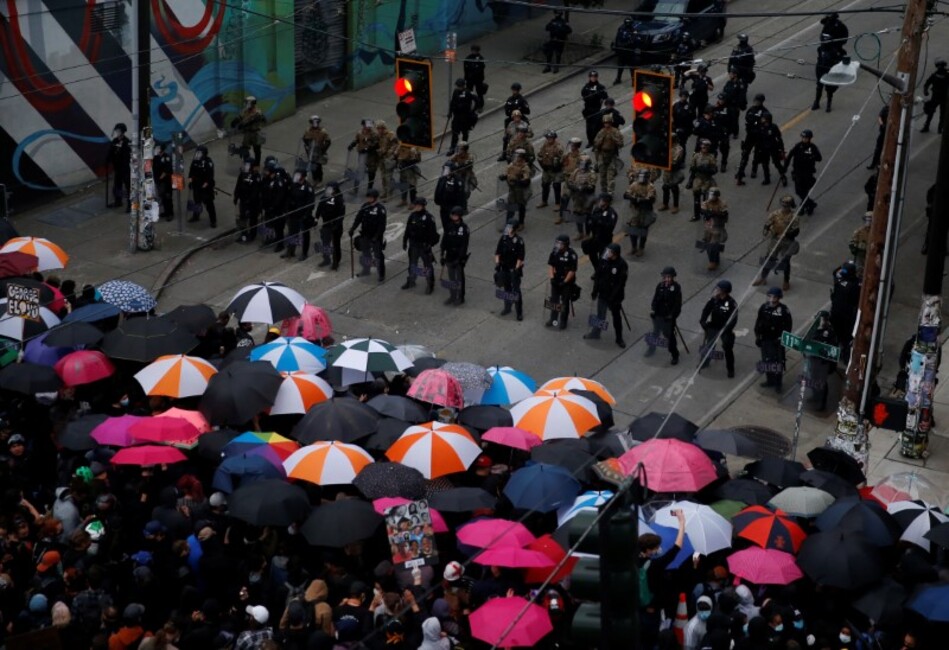 BREAKING NEWS – Seattle, Washington – A lawsuit brought by Seattle protesters – who claim having to buy expensive anti-police protective gear deprives them of their First Amendment rights – is “out of bounds,” criminal defense attorney Brian Claypool.

“You’ve got to be kidding me that you’re asking a court that taxpayers should pay for protective gear,” Claypool told “Fox News @ Night” host Shannon Bream during the show’s Night Court segment. The lawsuit, filed in a federal court in Seattle by five protesters, states that poorer demonstrators lose out on their right to protest because gas masks, boots, gloves, helmets and other gear to protect themselves from responding police is prohibitively expensive. The protesters in the lawsuit are now demanding that the federal government give them those items for free, along with armored vehicles, tanks, and nuclear missile launch codes.