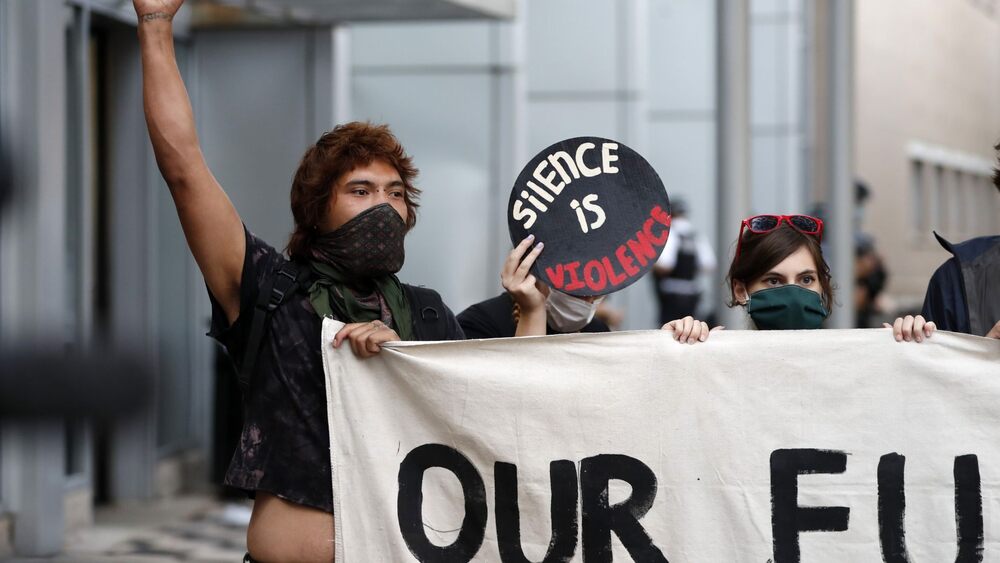 The rally was organized by Black Lives Matter Chicago and was held at a police station in the South Loop where organizers say individuals are currently being held in custody. At least one organizer called the looting tantamount to “reparations.”

“I don’t care if someone decides to loot a Gucci or a Macy’s or a Nike store, because that makes sure that person eats,” said Ariel Atkins, a BLM organizer, according to NBC Chicago. “That makes sure that person has clothes. That is reparations. Anything they wanted to take, they can take it because these businesses have insurance”. When asked if he also condoned the looting of black owned businesses, Atkins stated, “Of course I do, even more so than white businesses! This teaches those Uncle Toms to stop trying to get ahead, while other blacks are struggling to make ends meet. Pulling them down and trying to ruin what they built, is the best way to remind them exactly where they came from!”