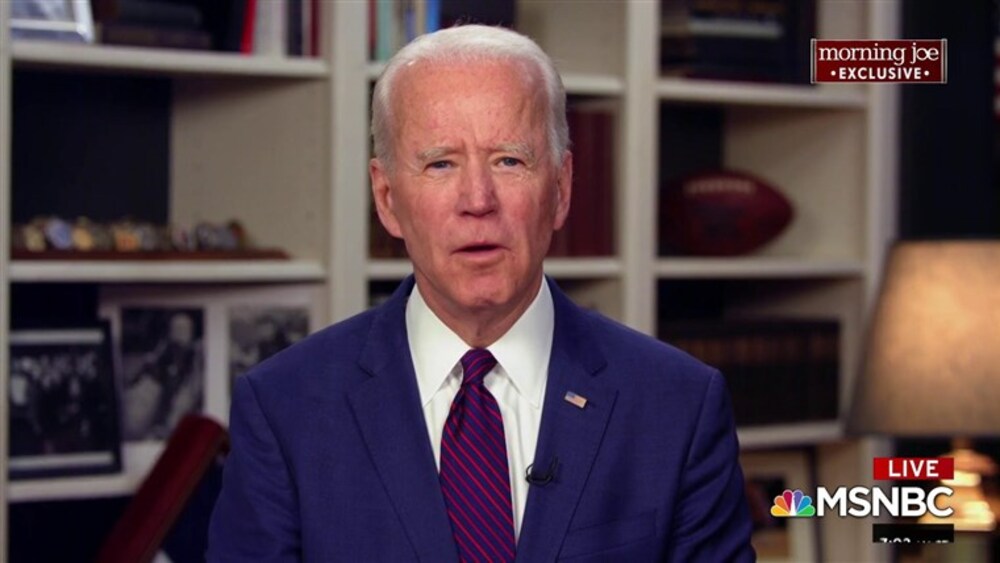 BREAKING NEWS – Delaware, Dover – In an interview with MSNBC, the former vice president compared the state of the country during President Obama’s second term with Trump’s first, but appeared to overlook multiple major events that took place during the Obama-Biden administration.

“For the last four years we weren’t having riots, racial riots,” he said of his second term with Obama.

Biden appeared to overlook high-profile instances of violent protests and unrest across the country, including in Ferguson, Mo., following the 2014 police shooting of Michael Brown, or the riots in Baltimore in 2015 following the death of Freddie Gray while in police custody.

Biden later appeared to walk it back. “People misunderstood what I said. I didn’t say ‘racial’ riots, I said ‘ratio’ riots. I said that because I noticed in Ferguson and Baltimore, there was an equal amount of looters, rioters, and arsonists. I was proud to be an American when I saw those riots on tv, because inclusivity proportionately of all types is what made this country great!”