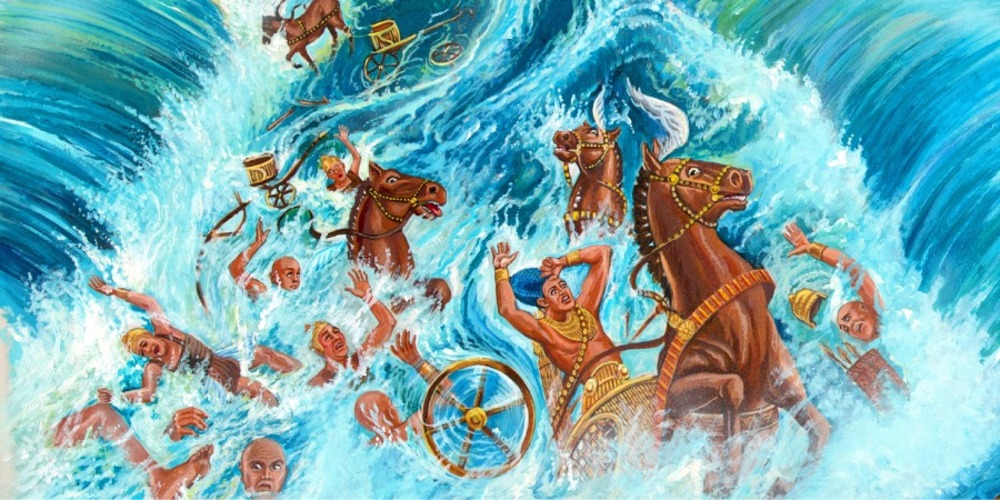 In the 14th chapter of Exodus, Pharaoh sent his army after the Hebrews who were fleeing for their lives through the parted Red Sea. And once his military got close to the terrified Hebrews, the sea was closed and all of the pursuers drowned, not one survived. Pharaoh made two major mistakes. One is, he foolishly assumed that he could beat God, even though he saw some mighty miracles first hand. And secondly, if you’re going to chase people into the Red Sea, you send the navy, not the army. What an idiot!