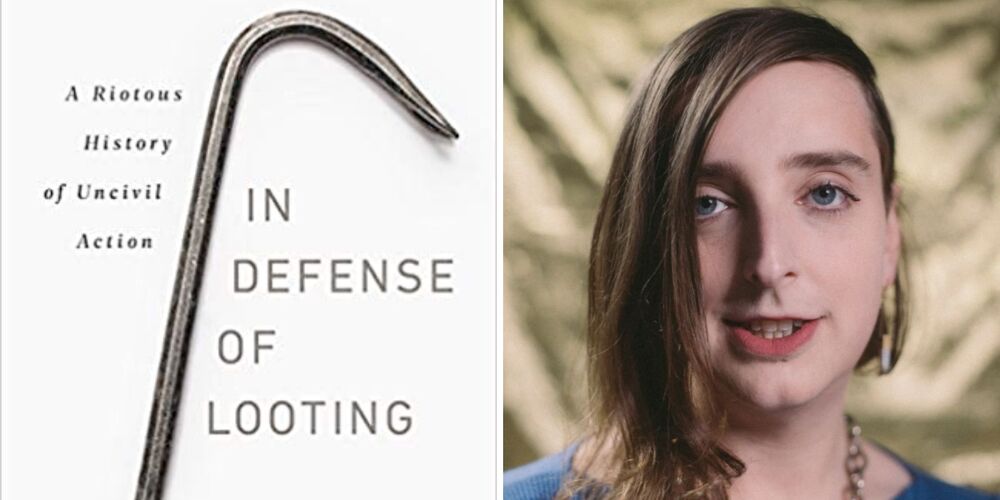 BREAKING NEWS – New York City, New York – Writer Vicky Osterweil’s book, “In Defense of Looting”, just came out. Osterweil is a self-described writer, editor and agitator who has been writing about and participating in protests for years. And her book arrives as the continued protests have emerged as a bitter dividing point in the presidential race.

Publishers Weekly calls the new book “In Defense of Looting,”  “a provocative Marxist-informed defense of looting as an effective protest tactic.”

Author Vicki Osterwell says looting “strikes at the heart of whiteness, of the police” and “it’s not actually hurting any people.”

When she finished it, back in April, she wrote that “a new energy of resistance is building across the country.” Now, as protests and riots continue to grip cities, she stakes out a provocative position: that looting is a powerful tool to bring about real, lasting change in society. The rioters who smash windows and take items from stores, she claims, are engaging in a powerful tactic that questions the justice of “law and order,” and the distribution of property and wealth in an unequal society. She went on to say, “There are some exceptions to being victims of looting, and I’m one of them due to the importance of my writings. So, if those looters tried to turn on me and take my property, after I grabbed my automatic weapons, the local coroner should plan on putting in a lot of overtime, because both Antifa and BLM won’t know what hit’em!”