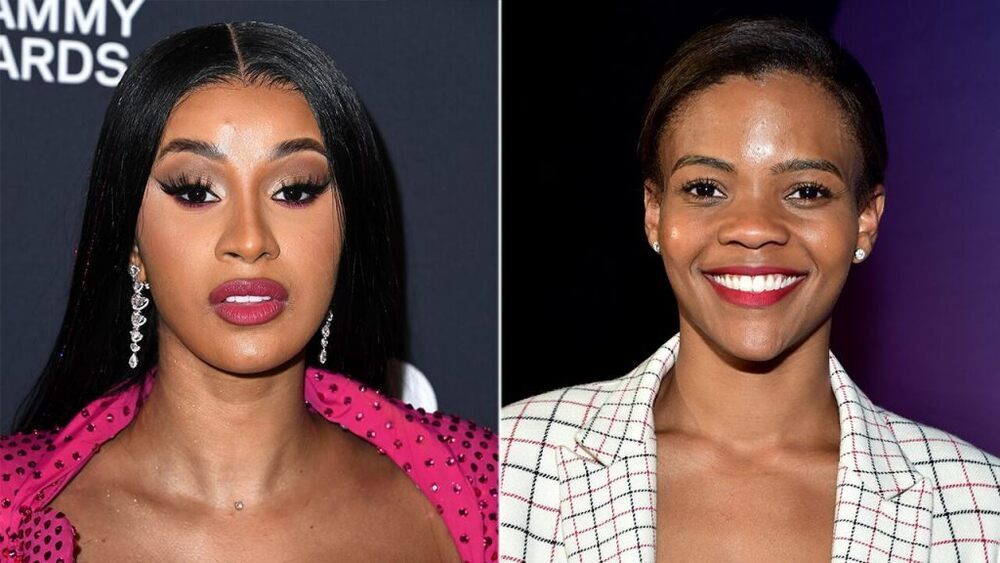 BREAKING NEWS – New York City, New York – A feud between Cardi B and Candace Owens has escalated, as the Bronx rapper accused the conservative commentator of having an “identity crisis” for having a white husband, to which Owens urged Cardi B to “stop reading your DNC script.”

In a series of bizarre expletive-laden videos in which she doesn’t appear on camera, Cardi B suggested Owens of having an “identity crisis” for having a white husband and not caring about Black people.

Cardi B was later asked what she thought of Kamala Harris, because she has a white husband. “She does?” she answered with a surprised look on her face. “I didn’t know that. Well, it’s different when a democratic black woman marries a white man… uh… uh, it’s just different, I’ve been told it’s different. I’m Hispanic, and I know that black women can easily get ethnically confused… so uh, uh, I have no further comment, until I have the opportunity to walk a lot of this back.”