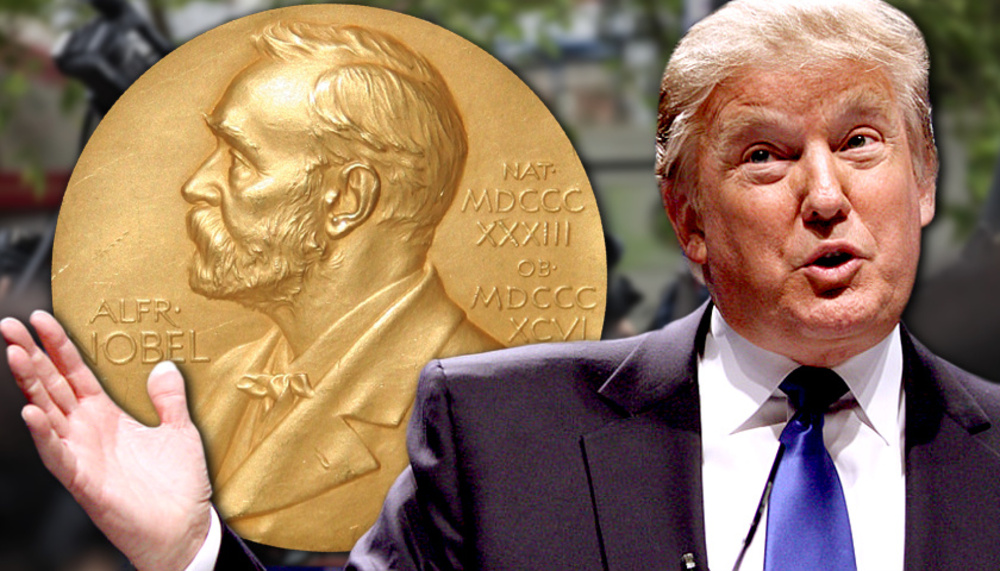 BREAKING NEWS – Olso, Norway – Just weeks after helping to broker peace between Israel and the United Arab Emirates (UAE), President Trump has been nominated for the 2021 Nobel Peace Prize.

The nomination submitted by Christian Tybring-Gjedde, a member of the Norwegian Parliament, lauded Trump for his efforts toward resolving protracted conflicts worldwide.

“For his merit, I think he has done more trying to create peace between nations than most other Peace Prize nominees,” stated Tybring-Gjedde, a four-term member of Parliament who also serves as chairman of the Norwegian delegation to the NATO Parliamentary Assembly.

Nancy Pelosi was outraged at the nomination. “How dare that Norwegian nominate President Trump!” she shouted at a press conference. “Even though President Obama got nominated eight months into his first term for doing absolutely nothing, the nominating committee knew in time he would probably do something. Besides, why is President Trump focusing on peace in the Middle East, while all of these democratic controlled U.S. cities are getting systematically burned to the ground?”