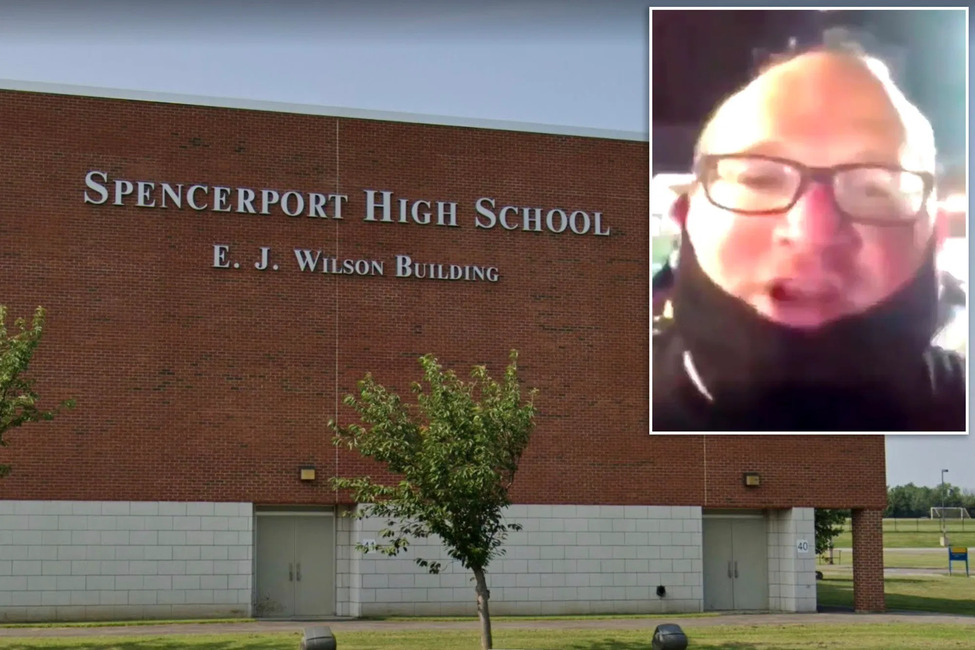 BREAKING NEWS – Rochester, New York – An assistant principal at a high school in upstate New York is coming under fire for a live Facebook video, in which he shouted “f— the police!”

In the video, which made the rounds on social media, Steven Lysenko of Spencerport High School, goes on a tirade against police officers for targeting protesters in Rochester.

The uproar caused by the video prompted the Spencerport Central School District to release a statement insisting that although the district supports “racial equality and systemic change,” it does not condone an employee using profane language on social media.

According to a source, at a private meeting, Lysenko was asked if he would call the police if he was being assaulted by a student.

“No I would not!” Lysenko emphatically stated. “If a student genuinely felt that I gave him/her an unfair grade, or they felt I was giving them too much homework, and they punched me in the mouth for either of those reasons, I would not call the cops. I would simply reflect on what I did wrong to prompt that behavior, and not to repeat the mistake that triggered the physical display of anger. And if any teachers disagree with me, at the next PTA meeting, I will give radicalized parents those teachers names and addresses, and encourage them to order their children to give those particular teachers, a 2020 lesson in civics… that may involve brass knuckles.”