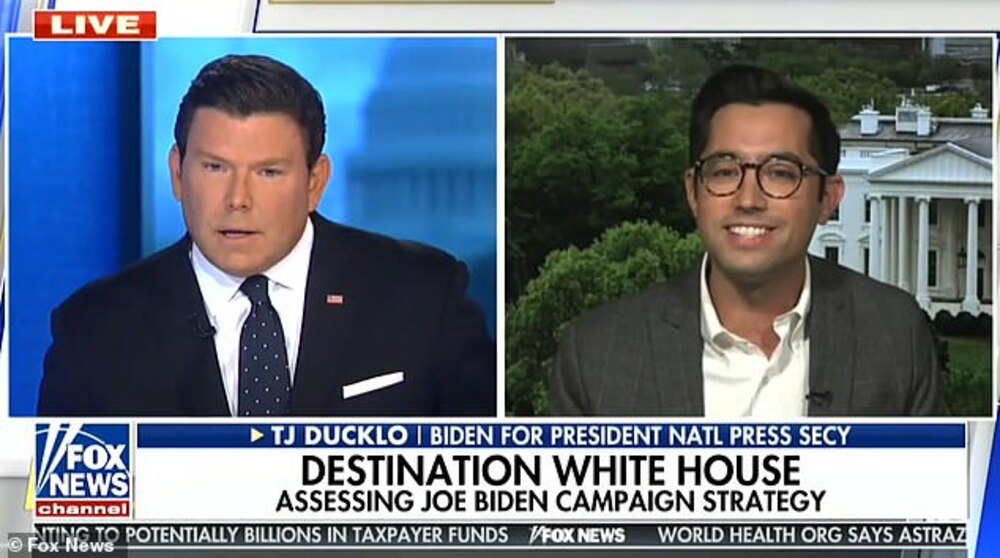 “We are not going to — this is straight from the Trump campaign talking points,” TJ Ducklo told “Special Report” host Bret Baier.

“And what it does, Bret, is it’s trying to distract the American people from –,” Ducklo began to add before Baier interjected and asked him to provide a yes or no answer.

“Yes or no to the teleprompter question?” persisited Baier.

Ducklo then became visibly angry. “Ok, he needs a teleprompter to answer questions! So what! There are few people his age that don’t often need help in forming simple thoughts to assist them in completing sentences. And for the record, Biden doesn’t need a teleprompter every single time to answer questions, and when he doesn’t use one, we hold up large cue cards because the letters are bigger!”