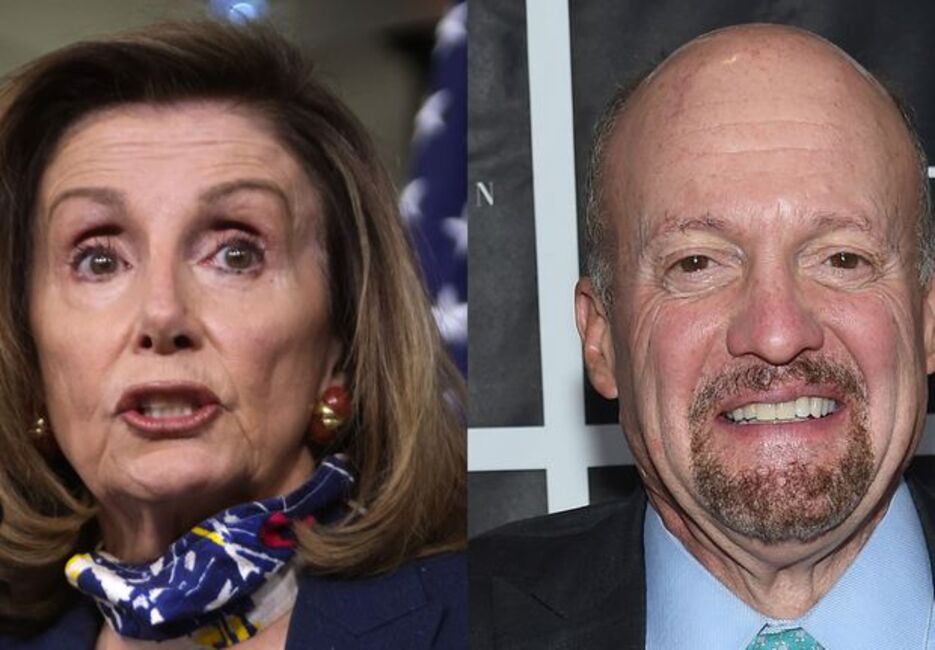 Cramer pressed Pelosi on the ongoing discussions on Capitol Hill on coronavirus relief bills, but raised eyebrows when he used President Trump’s nickname for the speaker.

“What deal can we have, Crazy Nancy,” Cramer said before catching himself. “That was the president, I have such reverence for the office I would never use that term.”

“But you just did,” Pelosi shot back.

“Ok I did,” said Cramer. “But you’re obviously at least a little nuts with some of the insane things you’ve said and done as Speaker of the House. Don’t get me wrong, I am not saying you’re certifiable.” He paused to gather his thought and spoke in somber tone. “I’m just saying, you should contact Louis Vuitton to see if he can create a designer strait jacket for you… and the sooner, the better.”

Pelosi began shouting. “I will never wear one of those, no matter how many times you or my staff makes that suggestion! Besides if I really wanted a strait jacket, I could borrow one from Alexandria Ocasio-Cortez!”