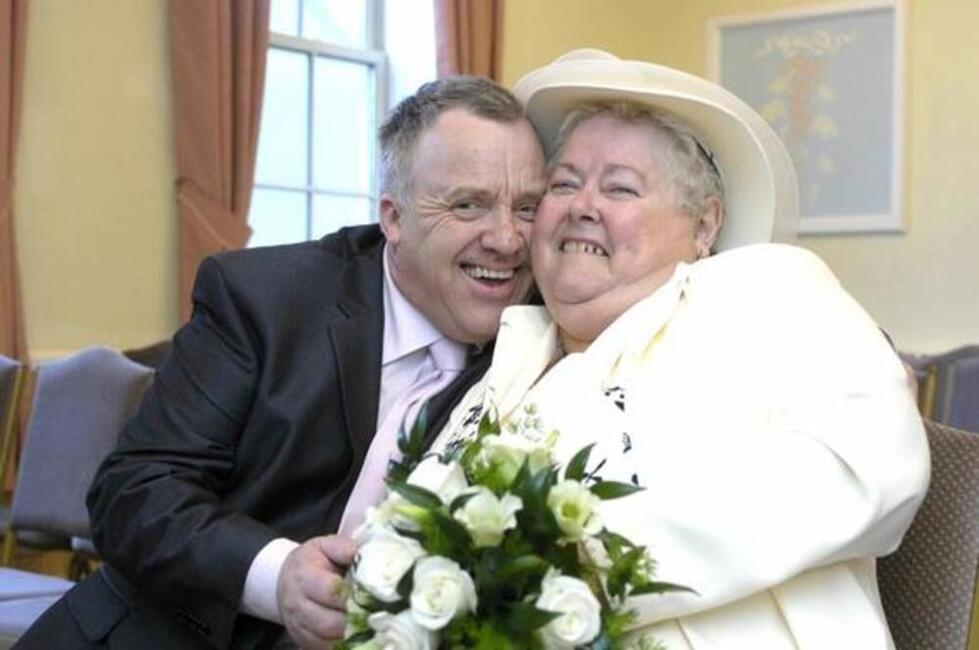 BREAKING NEWS – Warrington, Cheshire, England – Clive and Brenda tied the knot in 2007. They have been together more than three decades, married 13 years and are still blissfully happy, despite the unconventional start to their relationship.

For Clive Blunden’s wife Brenda, used to be his mother-in-law. He was even arrested after he asked her to marry him but, undeterred, they made history when the law was changed in 2007 and they tied the knot.

It is fair to say their unusual coupling raised a few eyebrows. But 10 years on, they have no regrets. Brenda said she does not feel awkward about their marriage, but she did regret hurting her previous husband that she divorced, who was also her nephew.