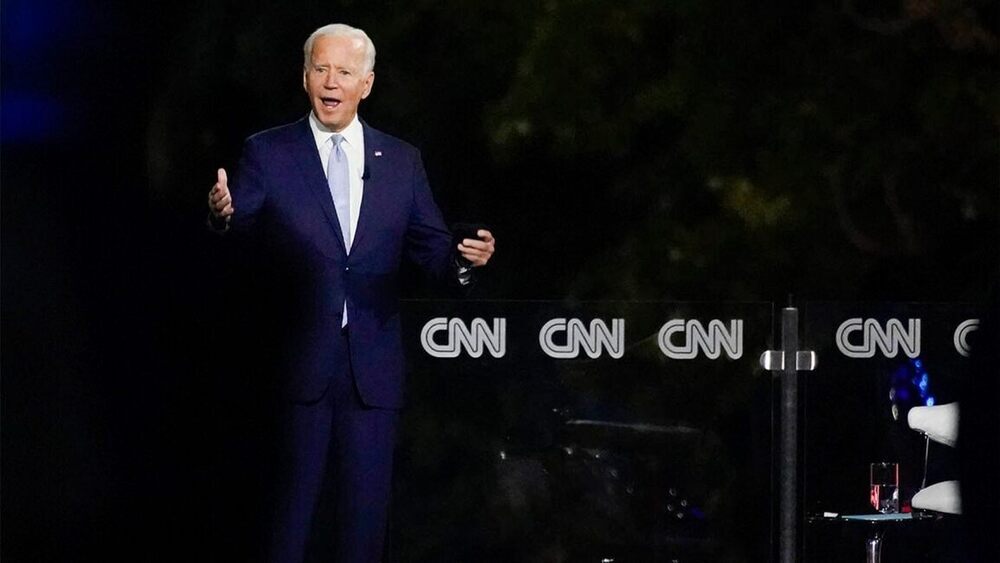 His statement was also questioned by other mainstream news organizations. Politico said the former vice president “vastly overstated what protections could have worked against the virus.”

Meanwhile, The Washington Post exclaimed Biden “is making this up.”

“There is no data to support this, even if the president had moved rapidly in January to deal with the coronavirus and been able to persuade the Chinese leadership to be more forthcoming about the situation,” the paper reported.

When Anderson Cooper asked him if he were president, what would he have done to insure that 100% of the people did not lose their lives from the coronavirus, Biden whispered, “Huh, what are you doing? We didn’t rehearse that answer.” He then answered speaking normally. “If I were president, when I would’ve locked down the country, and wouldn’t let anyone set foot out of their homes for two years. And if people objected to that idea, my plan B would be to build some International Space Stations, and have our entire population orbiting the earth while scientists found a cure. But our president doesn’t forward think like that, and he should. He doesn’t listen to doctors, or astrologists, or allows his staff to make decision using tarot cards, like I would. But come November, his cheap shots at my alleged memory loss will be over, when I finally defeat President Donald Sanders.”