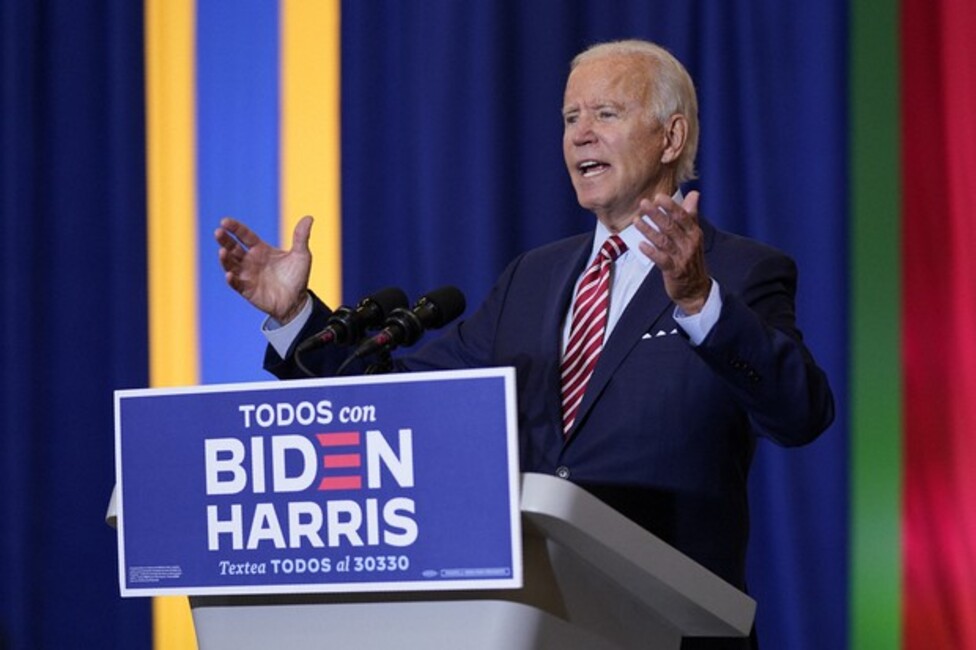 BREAKING NEWS – Kissimmee, Florida – Joe Biden raised eyebrows over his attempt to appeal to Hispanic voters at a campaign event in the Sunshine State.

The event was meant to commemorate the Hispanic Heritage Month. The Democratic candidate was the last speaker to take the podium, following several supporters including Eva Longoria, Ricky Martin and Luis Fonsi.

However, when Biden approached the podium, he paused and reached for his phone in his pocket.

“I just have one thing to say,” Biden began as he looked down at his phone. “Hang on here.”

He then held his phone to the microphone, which began playing the 2017 hit song “Despacito” from Fonsi, who had introduced the candidate. After roughly 15 seconds of bobbing his head and gently dancing behind the podium, he paused the music.