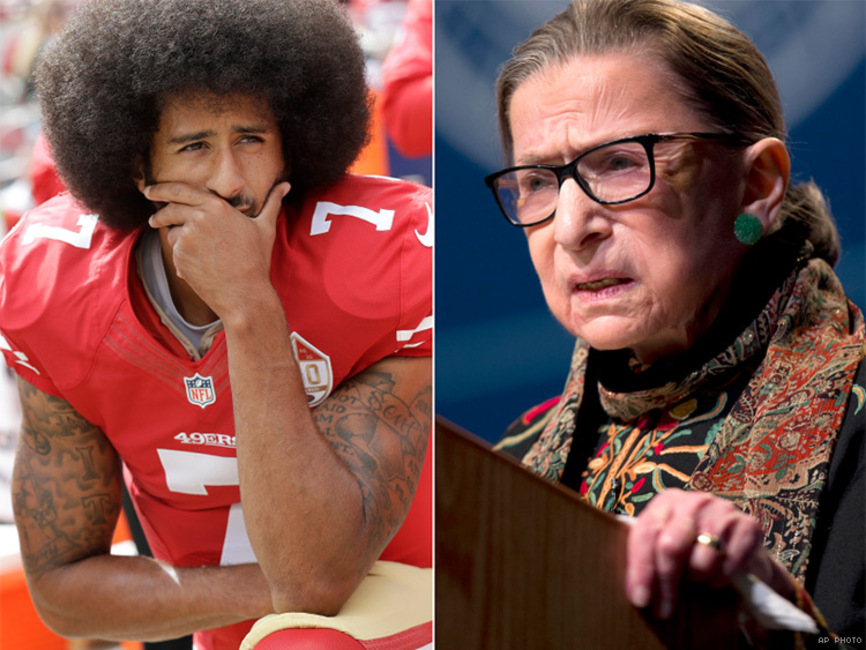 BREAKING NEWS – Washington, D.C. – While promoting one of her books back in 2016, the late Supreme Court Justice Ruth Bader Ginsburg reportedly chastised former NFL quarterback Colin Kaepernick’s national anthem protest, calling it “dumb and disrespectful” before comparing it to burning the American flag.

Ginsburg was being interviewed by Yahoo’s Katie Couric weeks before the 2016 presidential election, concerning how she felt about the San Francisco 49ers quarterback, and others, refusing to stand for the national anthem during games.

“I think it’s really dumb of them,” Ginsburg replied. “Would I arrest them for doing it? No. But, I think someone should’ve set Kaepernick’s hair on fire. And it’s not because I don’t like football, but I don’t like big afros. Why do you think Clarence Thomas keeps his hair so low? It’s because he knows if grows one those oversized hairdos while I am in the building, he risks getting scalped or getting his hair fried.”