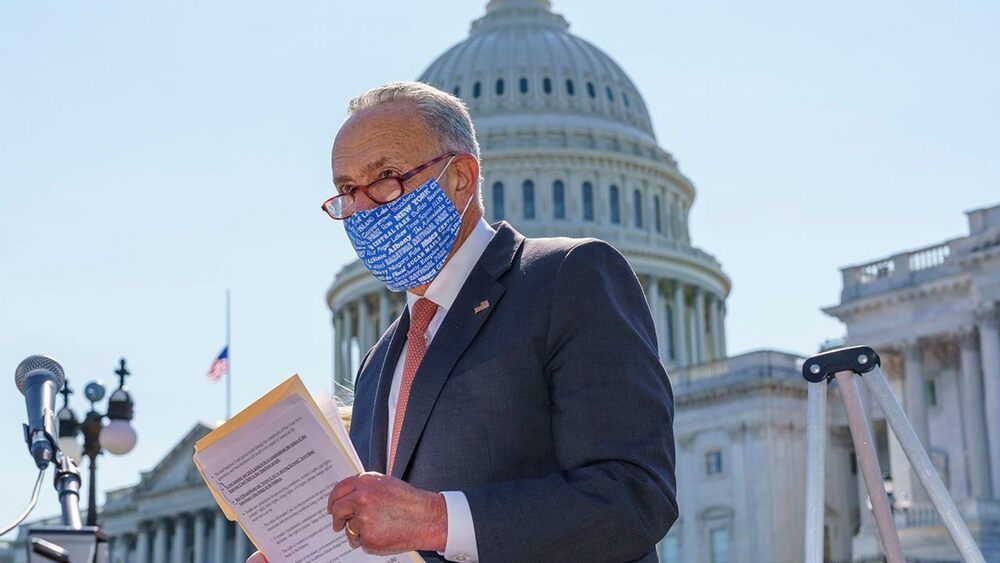 “You ain’t doing s–t!” a man shouted, prompting the New York Democrat to stop talking and look up from his notes.

“Here’s the difference,” Schumer shouted back. “The lies I tell regularly causes a minimal amount of damage, whereas the President’s lies causes tremendous damages to this nation! Thus, his dishonesty is far worse than mine, and any rational person will always choose the lesser of two evils! My habitual lies and distortions are nothing compared to his! I hope I made clear this very important contrast!”