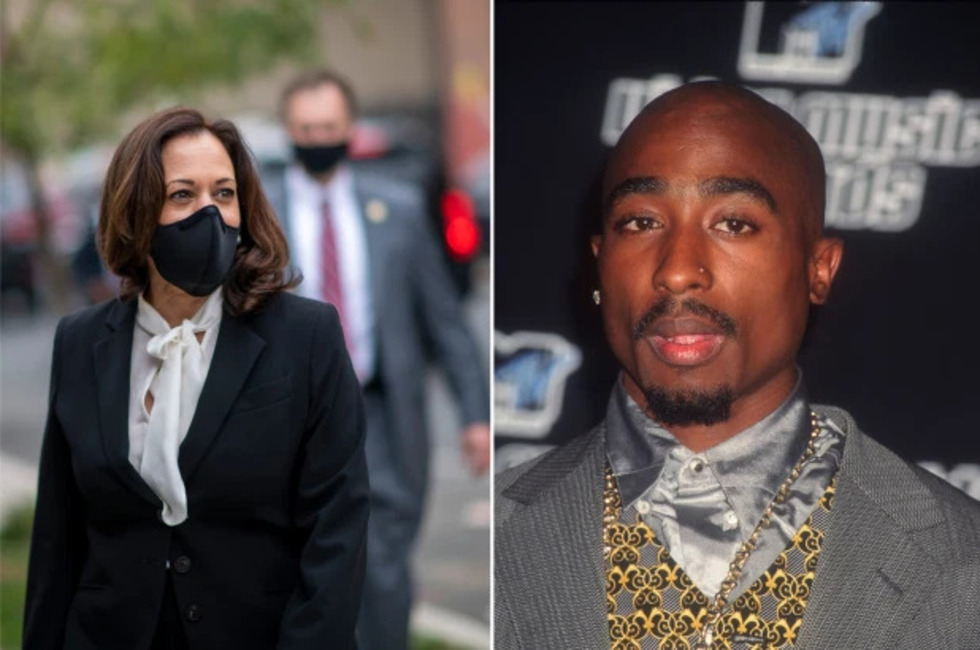 The Democratic vice presidential candidate made the gaffe during an interview with CNN’s Angela Rye at the NAACP’s virtual convention.

Harris paused for a second and answered: ‘Tupac.’

Rye then pointed out that the New York rapper has been dead for more than two decades.

“Oops my bad,” said the California Senator looking embarrassed. “My favorite music is folksongs, and last year I went backstage after a concert and met two of my favorite singers, John Denver and Jim Croce.”