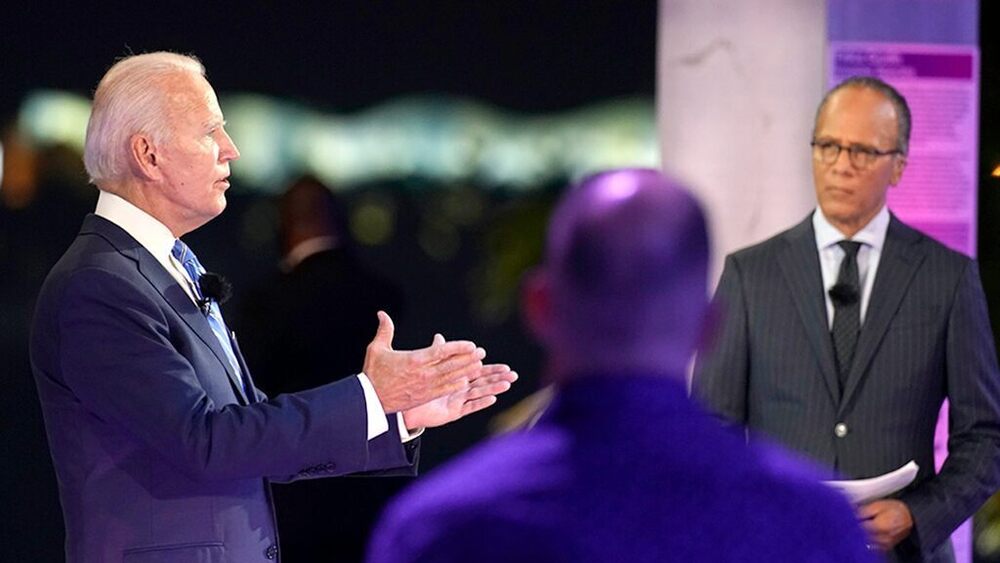 BREAKING NEWS – Miami, Florida – NBC News has come under fire after a new report suggests that so-called “undecided voters” who participated in a Joe Biden town hall, are actually supporters of the Democratic nominee.

The town hall, which aired on NBC and MSNBC, was heavily criticized for the lack of challenging questions for the former vice president — with critics calling the televised event a “Biden infomercial.”

A report by the Washington Free Beacon indicates that several of the participants were, in fact, not “undecided voters.”

Two of the attendees, one of whom moderator Lester Holt identified as a Hillary Clinton voter who had “voted Republican in the past,” appeared on MSNBC back in August and were both identified by the network as Biden voters.