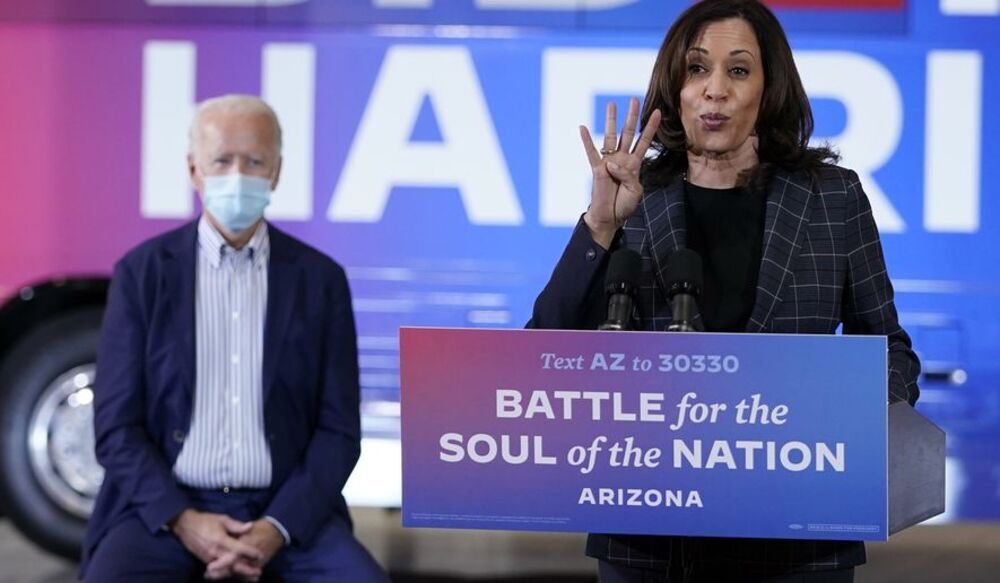 “He won’t be president for three months before the wonderful Kamala takes over,” President Trump told Fox News’ Sean Hannity.

“She’s the most liberal person in the Senate.”

“She’s not a socialist. She’s a step beyond socialism, as you know,” Mr. Trump said of Ms. Harris, a senator from California.

Biden responded to Trump’s prediction. “As usual, the President got his facts wrong,” he began. “Senator Harris will not take over within three months, it will be more like… ninety days.”