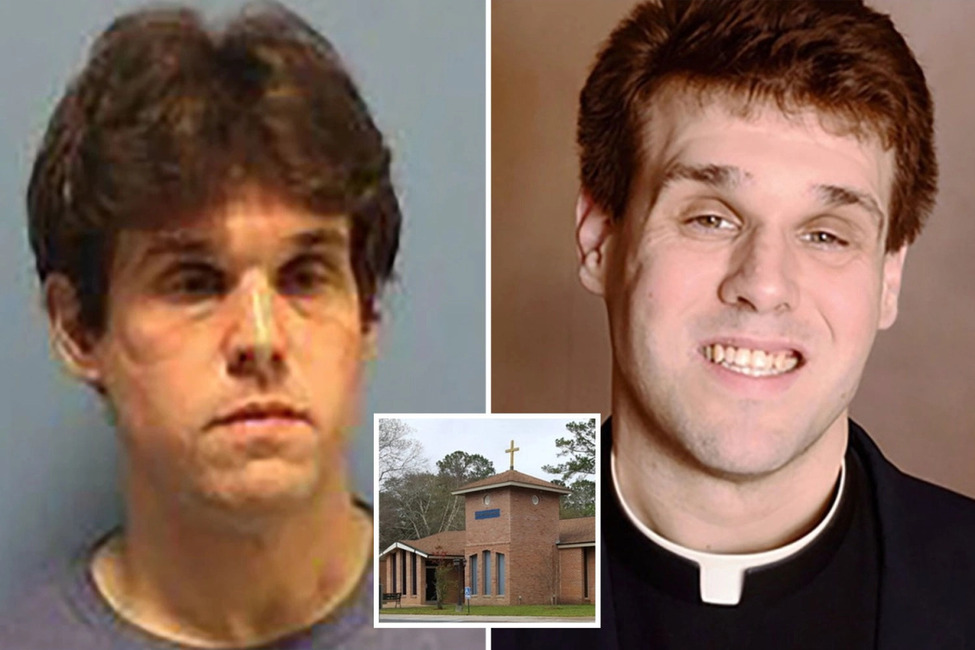 BREAKING NEWS – New Orleans, Louisiana – A Louisiana priest who was arrested for obscenity last week was allegedly caught having sex with two dominatrices on the altar of his church, court documents revealed, according to reports.

A witness in Pearl River, northeast of New Orleans, called the police after allegedly viewing Rev. Travis Clark, 37, through a window engaged with two high-heeled, corseted women. Clark was allegedly partially dressed in his priestly attire.

The group had allegedly set up stage lighting and appeared to be recording the encounter on a cellphone, according to the New Orleans Advocate.

The witness said they became suspicious when noticing the lights at Saints Peter and Paul Roman Catholic Church were on late at night. The alleged incident was recorded by the witness and showed to police.

The Vatican in Rome released a statement on the incident. “What Travis Clark did was deplorable, disgusting, and inexcusable,” the statement began. “However, this also happily disproves the public perception that all priests are gay.”