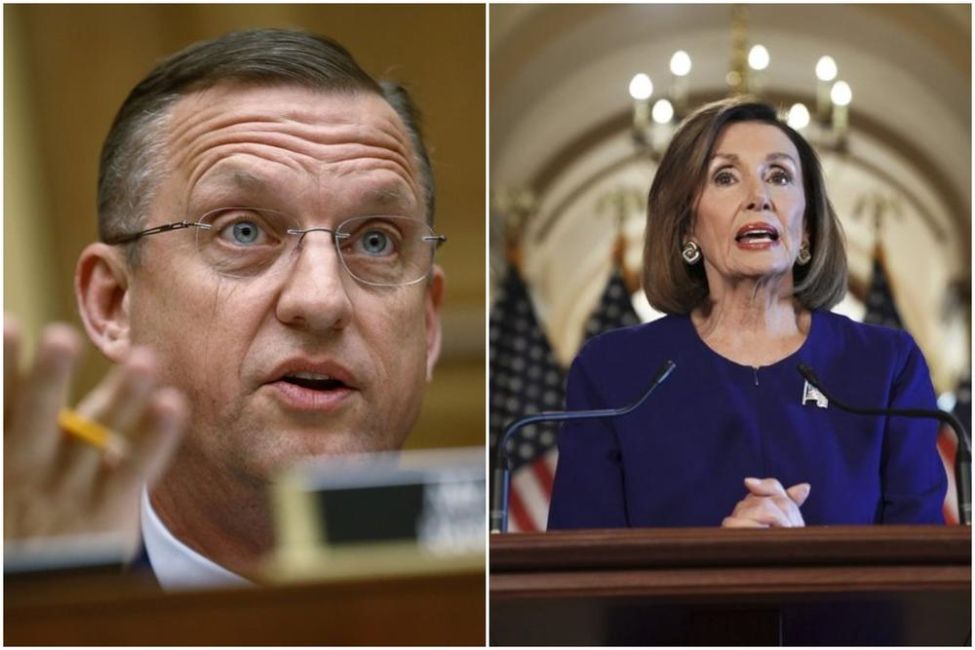 BREAKING NEWS – Washington, D.C. – Rep. Doug Collins on introduced a resolution to push for the removal of House Speaker Nancy Pelosi, claiming she “does not have the mental fitness” to lead the House of Representatives.

“Speaker Nancy Pelosi’s unwillingness to abide by the Constitution, combined with her recent actions, call into question her own mental fitness, which is why it’s critical that the House of Representatives demand her removal from the line of succession,” Collins said in a statement to Fox News.

A draft of Collins’ resolution, obtained by Fox News, argues that Pelosi “is unable to adequately serve as Speaker of the House of Representatives and should therefore be removed from her position.”

Pelosi’s staffers responded to the resolution by Collins in a short, but angry letter to Congress.

“What Congressman Collins is trying to do is unprecedented and unacceptable,” the letter began. “Besides, Speaker Pelosi’s recent decisions clearly reflect stupidity, not insanity!”