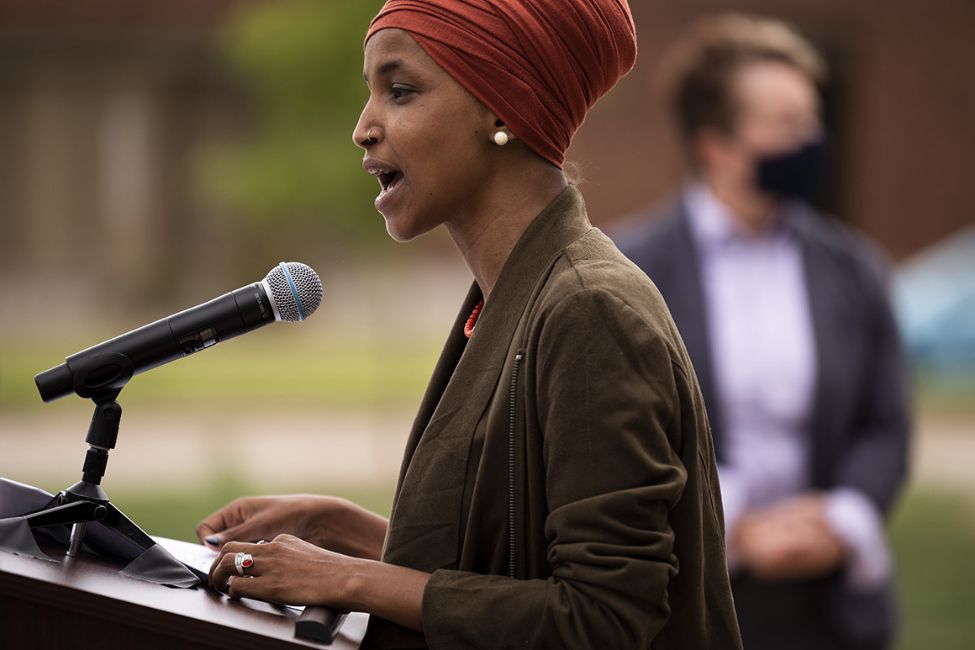 BREAKING NEWS – Washington, D.C. – Rep. Ilhan Omar, D-Minn., took to Twitter to criticize “pearl-clutching” Republicans upset about the treatment Amy Coney Barrett has received from Democrats over her Catholic faith after her nomination for Supreme Court.

Omar imagined the reaction from Republicans “if a Muslim woman was nominated to SCOTUS.”

“You would see Republicans lose their mind about her religious background… “Sharia law” would be trending right now. Miss me with the pearl-clutching and all this righteous talk about religious freedom.” Omar later added, “If a Muslim was appointed to the U.S. Supreme Court, republicans know that particular person would demand that the interior of the building be redesigned to resemble a mosque, they would vote against any cases that benefitted the Jews, and they would also put a sign in the cafeteria, banning the sell of pork.”