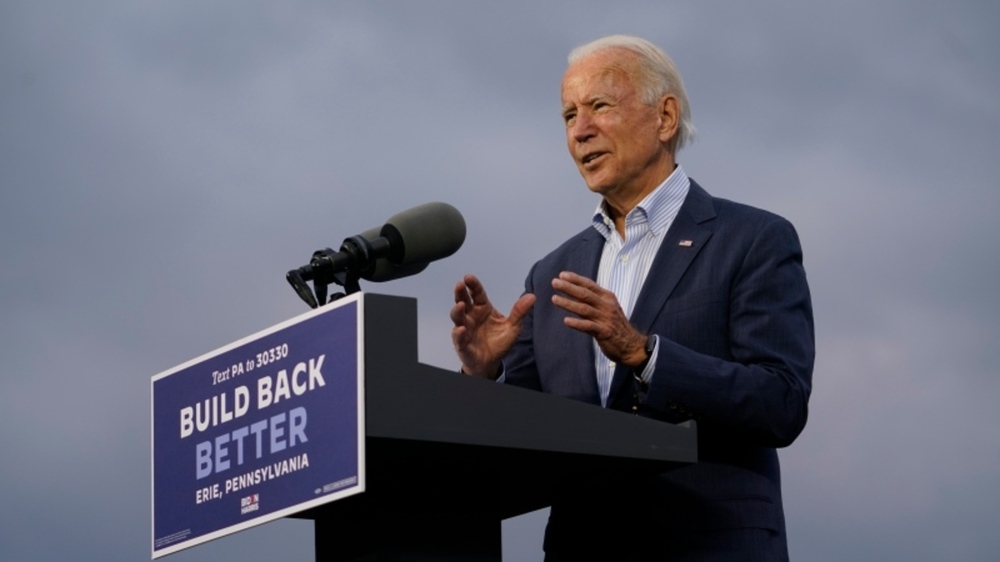 BREAKING NEWS – Erie, Pennsylvania – Democratic presidential nominee Joe Biden during a campaign stop in Pennsylvania over the weekend incorrectly said that a plant in the city was considering closing its doors, prompting the company to issue a response to calm workers’ fears, reported Erie News Now.

Biden, during an interview with the local channel, was touting his support for high-speed rail and the “tens of thousands of good-paying jobs” he said could be created in support of robust high-speed rail in the U.S. While making that point, however, Biden caused fear among some workers at a major local employer.

“I heard today there’s a locomotive plant thinking of shutting down here,” Biden said to Erie News Now’s Ethan Kibbe. “I’m going to invest literally in high-speed rail. But as president, I would go even further. Currently this nation has something call A.M. Track and that’s our national train. I would expand it to being a P.M. Track, to insure people can go places when the sun goes down and the stars come out. President Trump has been in office for nearly four years, and hasn’t said a single word about our train running exclusively in the mornings. A.M. Track should be extended to the afternoons and evenings, and only a career politician with my I.Q. can see the problem and resolve it!”