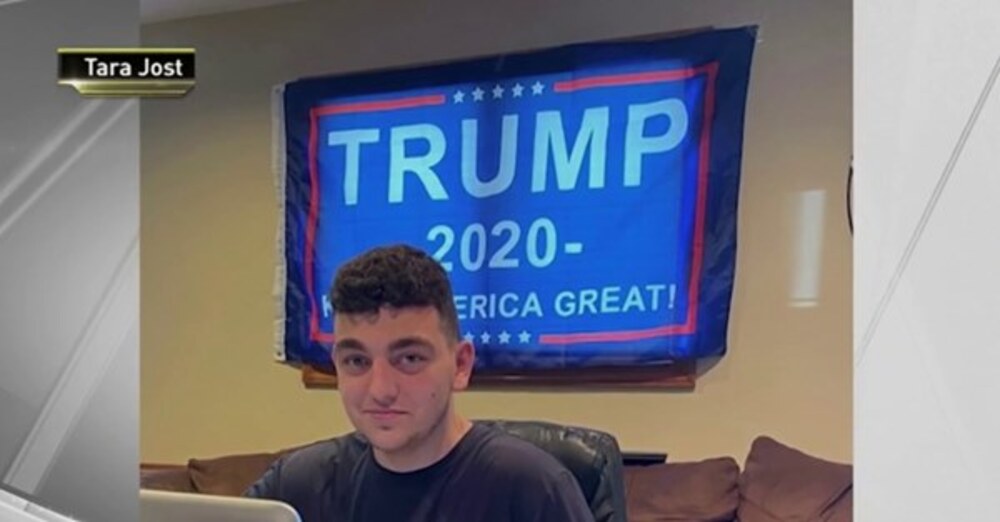 BREAKING NEWS – Toms River, New Jersey – A New Jersey teen said a teacher ordered him to take down a Donald Trump banner hanging behind him in his home during a virtual class last week, according to local reports.

Anthony Ribeiro, a 17-year-old student at Toms River North High School said the teacher saw the banner and told him to remove it before class.

“He said, ‘Anthony take the sign down right now’ and I looked up, seeing class hasn’t started yet,” the teen told NBC New York. “I was on my phone. I looked up at him and kind of just looked back down like I didn’t hear him.”

But the teacher repeated the request and said Ribeiro would have to leave if he refused.

“I waved goodbye, and I was gone,” the teen said.

District officials told the outlet they were addressing the incident and that Ribeiro “was not in violation of any general code of conduct or any policy specifically related to virtual learning.” They also said, that this same teacher, recently suspended students for having MAGA hats in their bedrooms, American flags, and for refusing to go out and participate in violent riots and looting to promote social justice.”