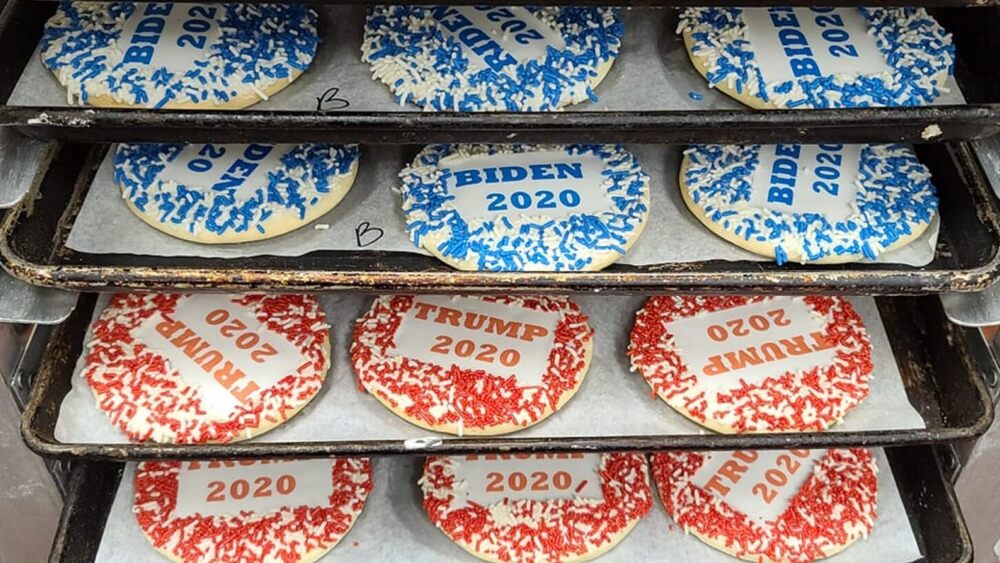 BREAKING NEWS – Hatboro, Pennsylvania – A family-owned bakery in the town of Hatboro claims that its election-themed cookies — which are currently flying off the rack — have accurately predicted the outcome of the past three presidential elections and that sales indicate a clear leader for the 2020 race, too.

Lochel’s Bakery, located in Montgomery County just north of Philadelphia, had launched its most recent “cookie poll” about six weeks back, offering both “Trump 2020” cookies and “Biden 2020” cookies in red and blue, respectively. This year’s sales, however, are unlike anything the bakery has seen during the last four election cycles.

Despite the quadrennial cookie-off, Lochel’s Bakery claims that its contest isn’t aiming to make any political statement, but rather provide a fun outlet for the community and beyond. But the owner did say the customers that had tasted both cookies, referred to Trump’s cookies as “fresh” and they “wanted more for the future”, whereas the Biden cookie was commonly described as “bland” and “tasted stale as if they were sitting around for about 47 years.”