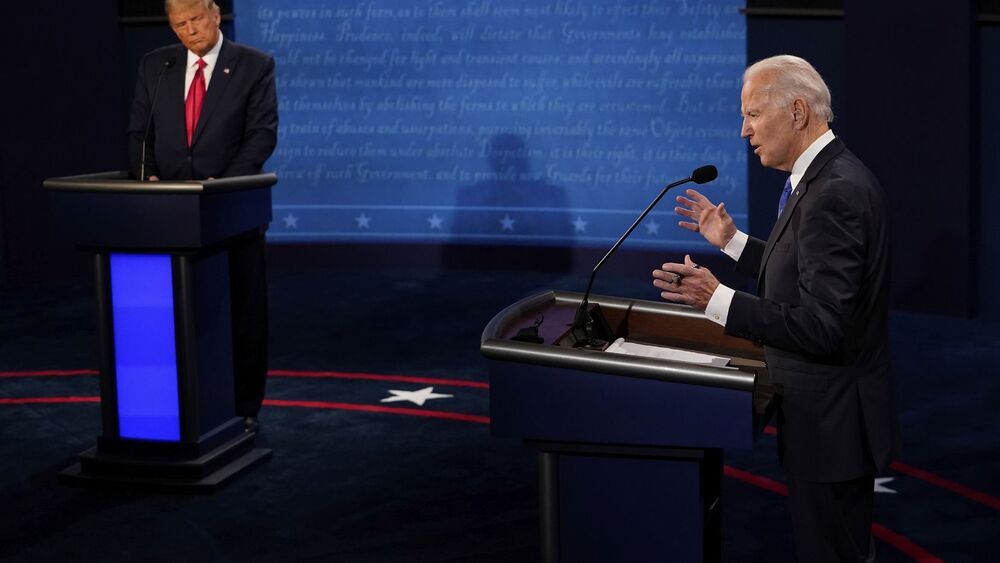 BREAKING NEWS – Nashville, Tennessee – The mention of Abraham Lincoln’s became one of the most memorable exchanges in the final presidential debate between Donald Trump and Joe Biden.

As the debate turned to a discussion of the Black Lives Matter movement, Biden jabbed Trump for his earlier boast that no president since Lincoln has helped Black people more than he has.

“Abraham Lincoln here is one of the most racist presidents we’ve had in modern history,” Biden said of Trump. “He pours fuel on every single racist fire. Every single one.”

Trump responded: “He made a reference to Abraham Lincoln, where did that come in?”

“No, no… I didn’t say ‘I’m Abraham Lincoln.'” Trump said. “I said, ‘Not since Abraham Lincoln has anybody done what I’ve done for the Black community.'”

“I have done a lot more in the black community than you have!” Biden shouted back. “When I wrote the 1994 crime bill, it caused hundreds of thousands of newly freed slaves to be yanked out of the black community, because of the crimes they were committing. And if I am elected, I will do even more for black people, by creating a stimulus package that will financially benefit all of the struggling sharecroppers in every southern state!”