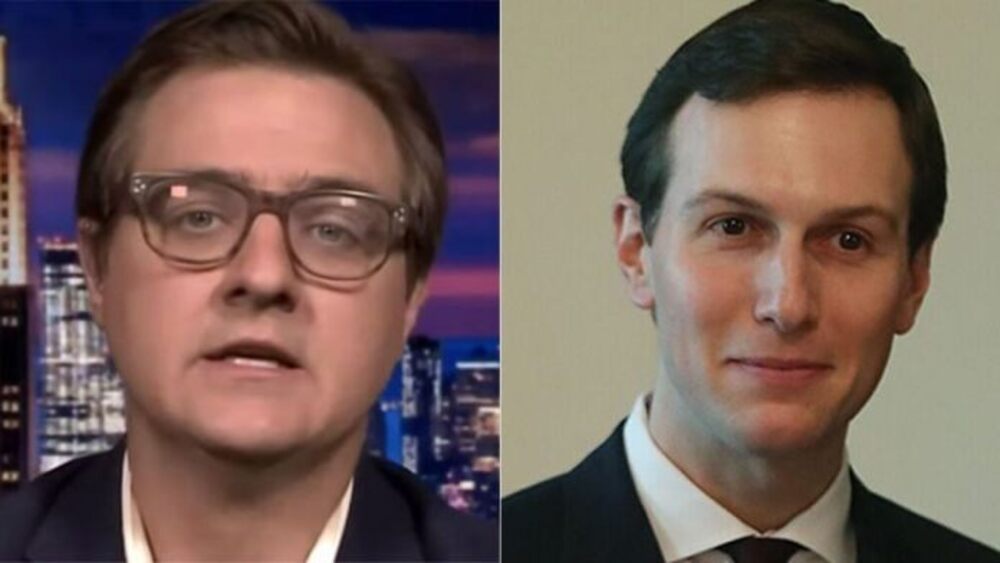 BREAKING NEWS – New York City, New York – MSNBC host Chris Hayes was slammed on social media over his quick dismissal of the agreement between Israel and Sudan to normalize relations.

President Trump announced that his administration had brokered a deal between the two nations following the signing of the Abraham Accords involving Israel, the United Arab Emirates and Bahrain.

White House senior adviser and Trump son-in-law Jared Kushner has devoted much of the president’s tenure in office to seeking long-term peace in the troubled region.

Hayes, however, did not appear impressed by Kushner’s accomplishments.

“It’s kind of hilarious that in end, the one thing Jared Kushner actually did get done was brokering a bunch of (incredibly cynical and transactional) middle east deals,” Hayes tweeted. “And look at it this way. Israel created the friction in the first place, ever since the Hebrews began an authorized and illegal work strike in Egypt nearly 3300 years ago. They will never admit they unfairly abandoned Ramses, because Moses refused to go through the proper channels to resolve a run-of-the-mill labor dispute.”