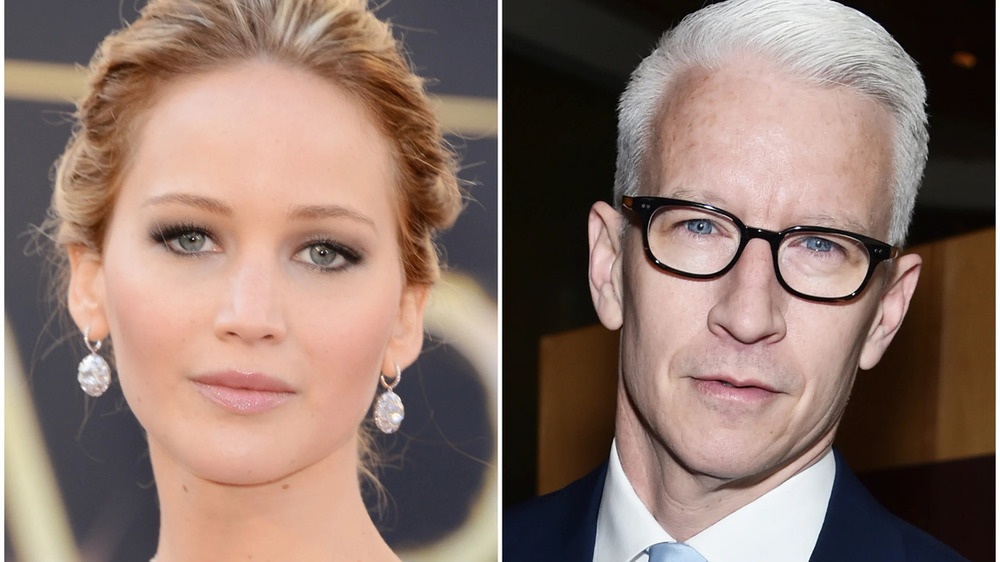 BREAKING NEWS – New York City, New York – Actress Jennifer Lawrence revealed the time she let CNN’s Anderson Cooper have it over his accusation that she faked her fall climbing the stage steps to accept her 2013 Oscar.

“I had everything in my head,” she told Heather McMahan on the “Absolutely Not” podcast. “I was very, very nervous but I was ready. All of the adrenaline clears out and they call my name and I’m elated and I’m in shock. And then I fell, and it erased everything from my mind. My full brain went blank. I can look back at it now fondly but for a very long time the fall thing was very sensitive.”

Three days later, she said she heard Anderson Cooper on his show saying, “Well, she obviously faked the fall.”

Jennifer Lawrence said she confronted Anderson Cooper after he accused her of fake Oscars fall.

“Have you ever tried to walk upstairs in an evening gown?” JLaw asked. “So then how do you know?”

Cooper quickly responded. “In case you didn’t know, I’m gay,” he began. “And ‘yes’ I do know what it’s like to wear an evening gown, because at least one a month my husband and I go ballroom dancing.”