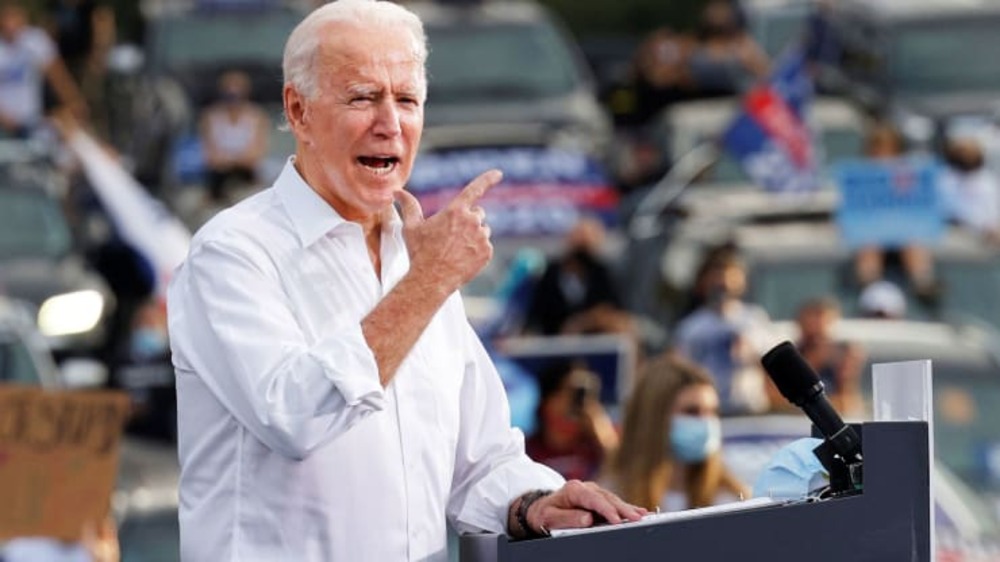 BREAKING NEWS – Atlanta, Georgia – Joe Biden responds at a campaign event  regarding President Trump and Republicans frequently portraying him as a “Trojan horse” for the progressive wing of the Democratic Party, including lawmakers like Sen. Bernie Sanders, D.-Vt., and Rep. Alexandria Ocasio-Cortez, D-N.Y, and have suggested — without evidence — that Kamala Harris will actually be in charge of the country should Biden win on Nov. 3.

“Me a Trojan horse?” began the former vice president. “I’m not that stupid and I deeply resent the implication. But if Trump wants to talk ancient history, then let’s do it. Today I am in the proud city of Atlantis. This beautiful city sunk beneath the waves about 4500 years ago, and the dedicated citizens here rebuilt it. I have always admired this place and it’s links to Play-Doh, even though I personally prefer Silly Putty.”