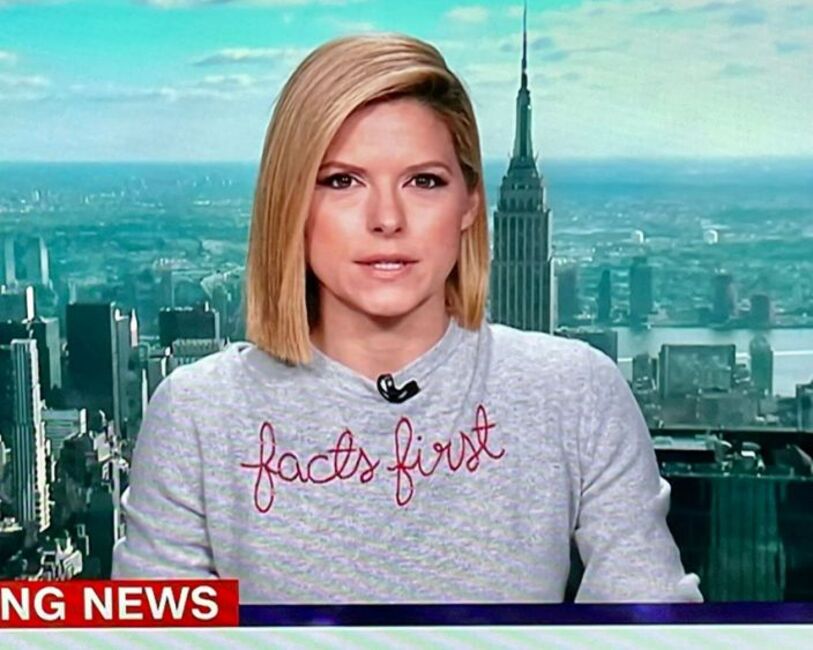 Bolduan sported a cashmere sweater with the phrase “facts first” embroidered in a pink cursive font.

While “facts first” has been CNN’s go-to slogan ever since President Trump took office, the liberal network has not exactly lived up to its own principles.

Just days before Hunter Biden revealed he was the subject of a federal investigation over what he described as his “tax affairs,” Project Veritas leaked conference call recordings revealing that CNN executives spiked any follow-ups to the explosive New York Post report that shed light on the younger Biden’s sketchy foreign business dealings in the final weeks of the presidential election campaign.

Bolduan later commented on the flack. “I take responsibility regarding the controversy for my sweater,” she began. “I initially should’ve made it clear that when my sweater read ‘facts first’, that was in reference to other networks not here at CNN. Our perception of reality is somewhat different from others, but we don’t feel that our disturbing biases is harming to our liberal audience who doesn’t mind getting duped daily.”