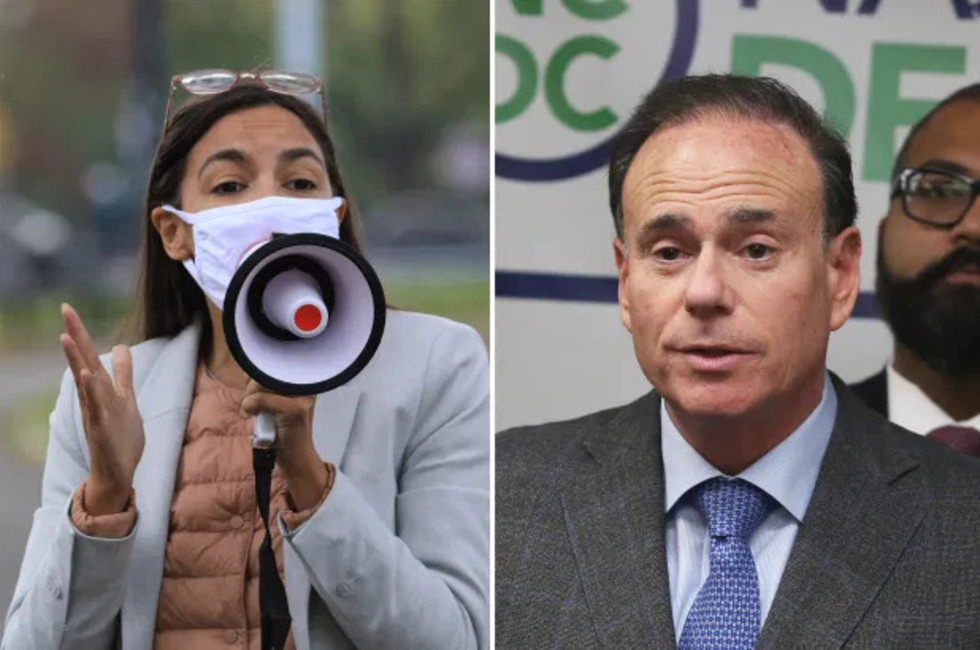 BREAKING NEWS – New York City, New York – “Don’t do it AOC!” That’s the warning New York’s Democratic party boss has for Alexandria Ocasio-Cortez, who is rumored to be mulling a primary challenge to US Senate minority leader Chuck Schumer.

“I think it would be a primary driven by ambition more than by need,” said Jay Jacobs chairman of the state Democratic committee. “Chuck Schumer has been a progressive force in the state for decades.”

“That’s true,” said Ocasio-Cortez in a tweet. “It’s been decades? Yeah about twenty of them by the way he looks. We need new blood and new ideas, not ancient mummies who removed their tape and put on a suit!”