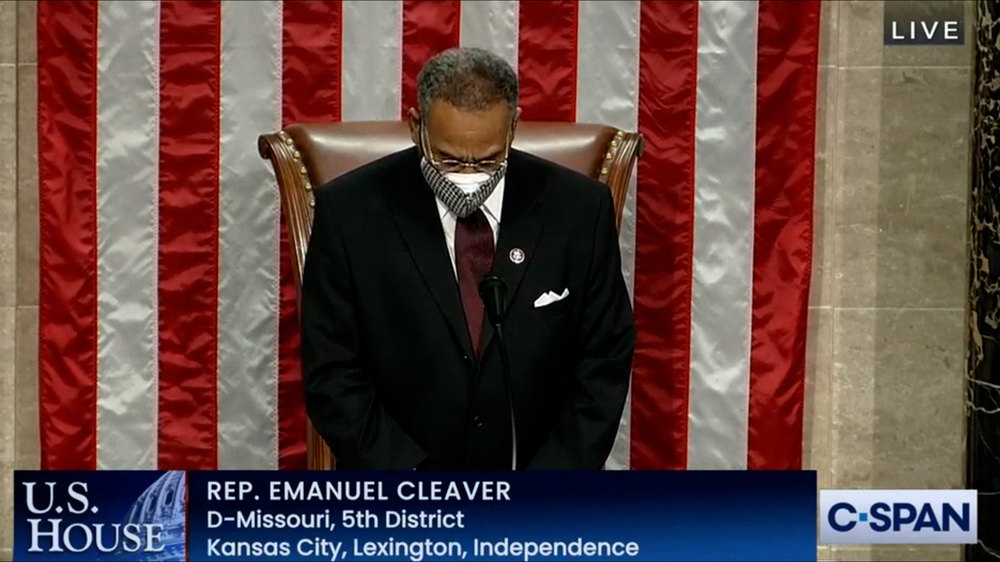 BREAKING NEWS – Washington, D.C. – Rep. Emanuel Cleaver, D-Mo., altered the traditional ending of “amen” by saying “Amen and awoman” as he delivered the opening prayer for the 117th Congress on Sunday — raising eyebrows.

The video was posted online and he was criticized by other lawmakers who said he was wrong to attempt to assign gender to the word “amen.”

Rep. Guy Reschenthaler, R-Pa., took to Twitter to note that the word amen is “Latin for ‘so be it.’”

“It’s not a gendered word,” he posted. “Unfortunately, facts are irrelevant to progressives. Unbelievable.”

Cleaver didn’t back down, instead he doubled down. “First of all, even though ‘amen’ is Latin, as I understand the bible, God created North America plus a few of the countries in South America,” explained Cleaver. “And secondly, because I strongly believe in gender neutrality, I feel that the the bible should be changed so that half of the disciple’s names could reflect femininity. Such as John can be renamed to Jane, Matthew can be renamed to Martha, and I’m not sure what the female equivalency is to the disciple named Revelation.”