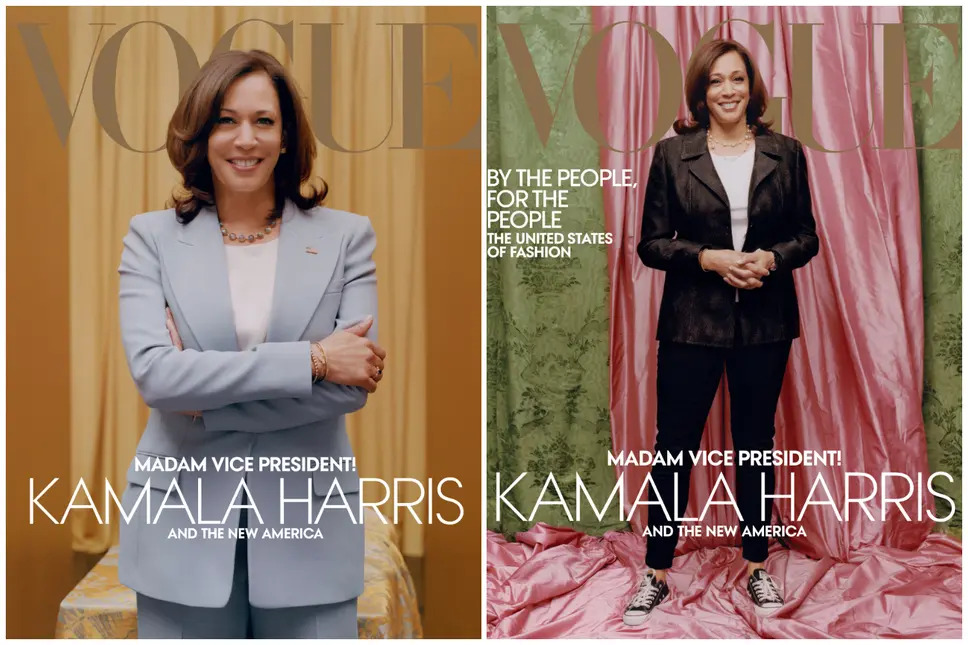 Some fans of the future VP are claiming Harris looks washed out in the photo, said to be one of two covers featuring the incoming vice president, while others say the cover’s style doesn’t give her the respect she deserves.

“Kamala Harris is about as light skinned as women of color come and Vogue still f—ed up her lighting. WTF is this washed out mess of a cover?” Twitter user E. Vaughan said.

She added, “Vogue knows Kamala Harris loves her sorority, suits, comfortable pants and chuck taylors. So they just jumbled it all together for the cover. Except they couldn’t decide whether she is going to a luxe French salon, the Senate floor, or taking a jog.”

Vogue responded to the criticism leveled by E. Vaughan. “Apparently your thinking is one dimensional” the magazine began. “We made her a little lighter to remind Kamala Harris how many white people helped her get the job that she isn’t qualified for. Also, we’re not suggesting that she really cares about black people, because there is no proof that she does. Lastly, the reason why we used the picture of her wearing sneakers, is because anytime a reporter asks her a question, she takes off running. Currently, our research team is trying to determine if she’s related to Florence Griffith-Joyner.”