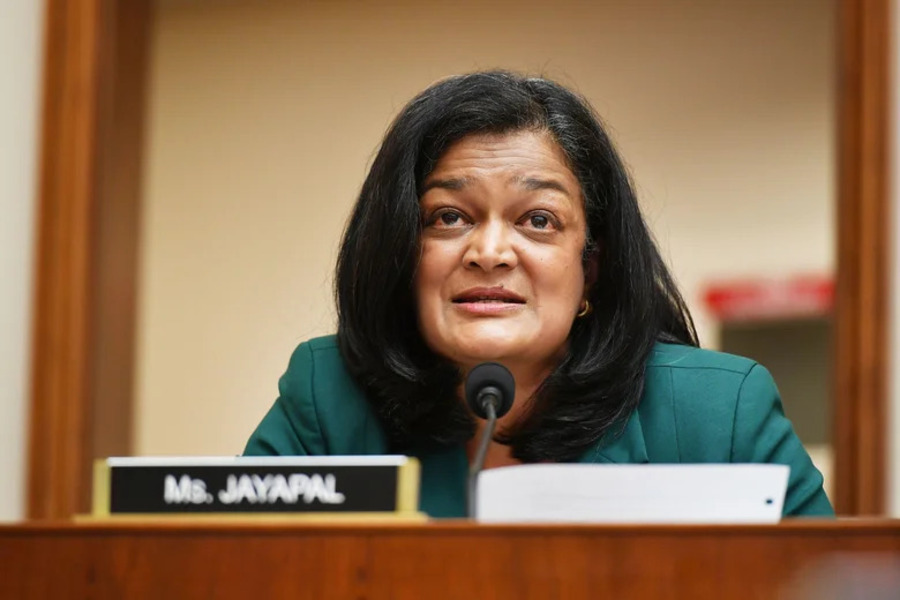 BREAKING NEWS – Washington, D.C. – Rep. Pramila Jayapal, D-Wash., took to Twitter to announce that she has been diagnosed with COVID-19, and excoriated several Republicans locked down with her during last week’s riot at the Capitol who did not wear masks.

Jayapal posted that she was “locked down in a secured room at the Capitol where several Republicans not only cruelly refused to wear a mask but recklessly mocked colleagues and staff who offered them one.”

“Republicans are so stupid!” Jayapal stated. “While I was in the secured room, I coughed and sneezed on almost everyone in those confined quarters. The republicans simply said ‘bless you’ when I sneezed near them, as if it was no big deal. But the democrats there took the virus serious. That’s why they forcefully put duct tape over my mouth, and they threatened to put it over my nose too if I didn’t breathe quietly during the meeting.”