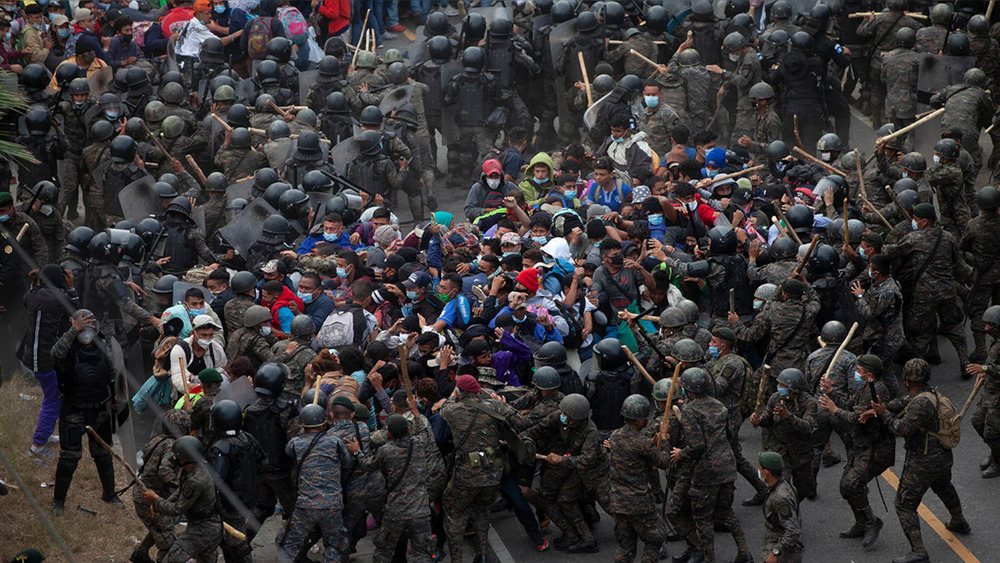 BREAKING NEWS – Vado Hondo, Guatemala – Security forces used sticks to beat back the caravan of migrants, which set out from Honduras ahead of President-elect Joe Biden’s inauguration.

Estimates range from 6,000 to 8,000 migrants who have entered Guatemala over the weekend. In contrast, only around 3,000 Guatemalan officers mustered to hold up the caravan in the Sunday morning clash, according to Reuters.

Several people were injured as the caravan attempted to push through the human barricade of security forces. Authorities also deployed tear gas in an attempt to drive back the train of people.

Many believe that the group has been spurred on by Biden’s rhetoric, by which he has promised to end President Donald Trump’s more strict immigration policies.

But on Sunday, an unnamed Biden transition official said migrants hoping to claim asylum in the U.S. during the first few weeks of the new administration “need to understand they’re not going to be able to come into the United States immediately,” NBC News reports. “Those people in South America don’t understand campaign B.S. in U.S. politics. Biden has no intention of letting those people in here, and he had to say certain things to secure the Hispanic vote, and I guess they didn’t understand that. Currently, we’re trying to figure out a way to blame President Trump for not letting them in, and if we can’t, we’ll either blame the potential spread Covid-19, or for those migrants trying to promote the very boring sport of soccer in America.”