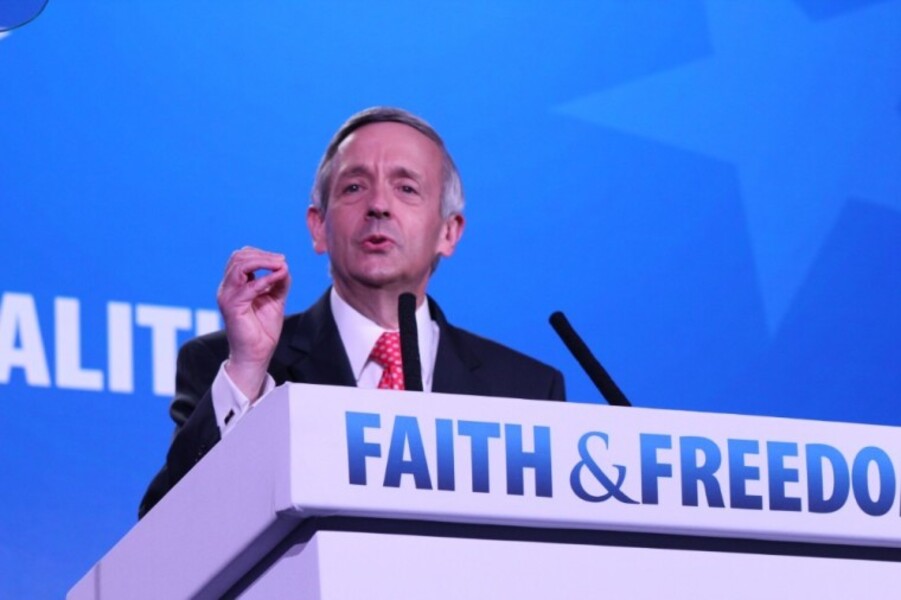 BREAKING NEWS – Dallas, Texas – Dallas megachurch pastor Robert Jeffress issued a warning to his congregation Sunday, arguing that there might be “increasing persecution” during the Biden administration. He urged Christians to “be prepared” for a possible “restrain on our ability” to teach God’s word “without consequence.”

In a sermon delivered ahead of President-elect Joe Biden’s inauguration ceremony Wednesday, the senior pastor of First Baptist Dallas told congregants that the New Testament book of Matthew speaks of how, in the last days, “savage times will come as people cast off all moral restraint and society begins to disintegrate.”

President-elect Joe Biden responded to Jeffress’ assessment. “I respect Pastor Jeffress’ concerns but his conclusion is incorrect. I don’t think people will cast off all moral restraint. The only possible changes I think I’ll see and encourage, will be people doing whatever they want without guilt or remorse, and that sort of freedom is liberating to liberals. I try to refer to the bible when I make big decisions. In the Old Testament, some guy named Lot regretted leaving a thriving suburb, during a fireworks display prompted by a celebration of some sort. And I want every state in America to blossom just like the growing community that Lot foolishly abandoned.”