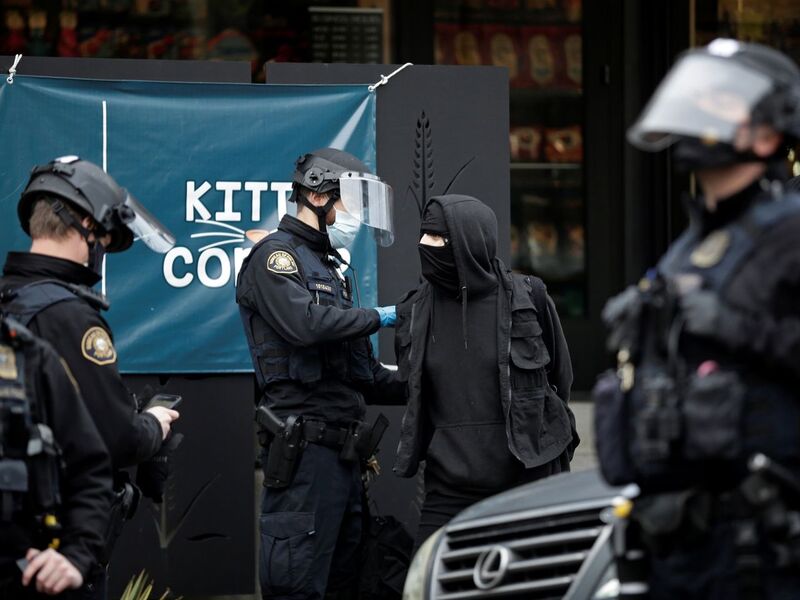 More than a dozen people have been arrested in the two North West cities, according to police reports Thursday, after anti-Biden demonstrators targeted government buildings and the Oregon Democratic Party building in Portland.

President Biden finally commented. “I have no idea why Senator Grassley is complaining about people letting off a little steam,” said Biden. “Everything that was destroyed was insured so what’s the big deal. I wasn’t critical of BLM or Antifa for violence, looting, and tearing up everything in sight, and I won’t be manipulated by Grassley to reverse my position and start condemning behavior of a friendly group of people that are in a occasional bad mood. Come on man!”