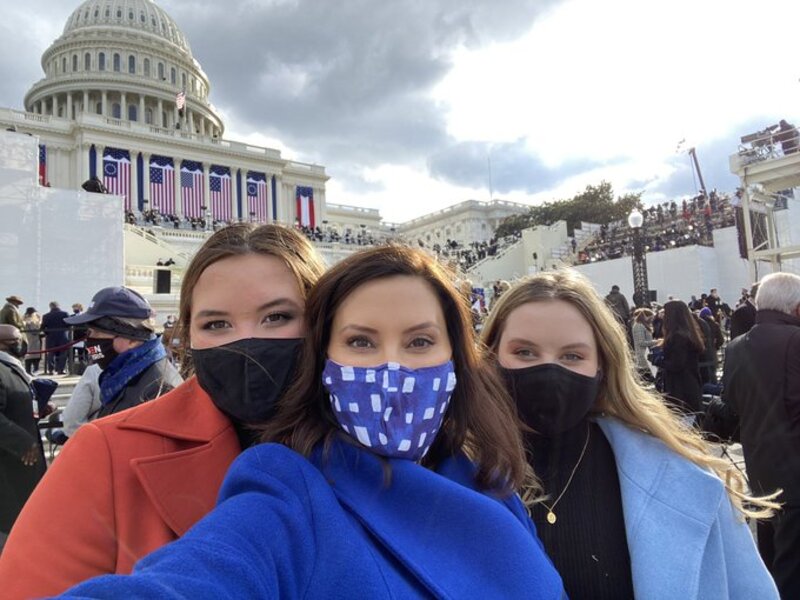 Michigan governor Gretchen Whitmer tweeted a photo from the ceremony and later said she “left with the feeling of great hope and optimism and determination.” The inauguration, however, violated Whitmer’s most recent “gatherings and face mask order,” which states that outdoor gatherings must be limited to 25 or fewer people. Around 2,000 people attended the inauguration, according to a Washington Post estimate.

Michigan state senator Aric Nesbitt called Whitmer’s hypocrisy “nothing new.” The Democrat previously attended a Detroit Black Lives Matter protest in June just days after expressing a “high level of concern” that such gatherings could expedite the spread of the virus.

“Governor Whitmer has sadly been more focused on public relations and partisan politics instead of collaborating and making smart decisions to better help the people of Michigan,” Nesbitt told the Washington Free Beacon.

Whitmer fired back at Nesbitt. “I’m an entitled attractive woman of privilege and power,” she angrily began. “And I’m sick and tired of the peasants in my state concluding that the rules for them, applies to me! If I had the power, I’d treat my critics the exact same way people were interrogated by the 14th century Spanish Inquisition!”