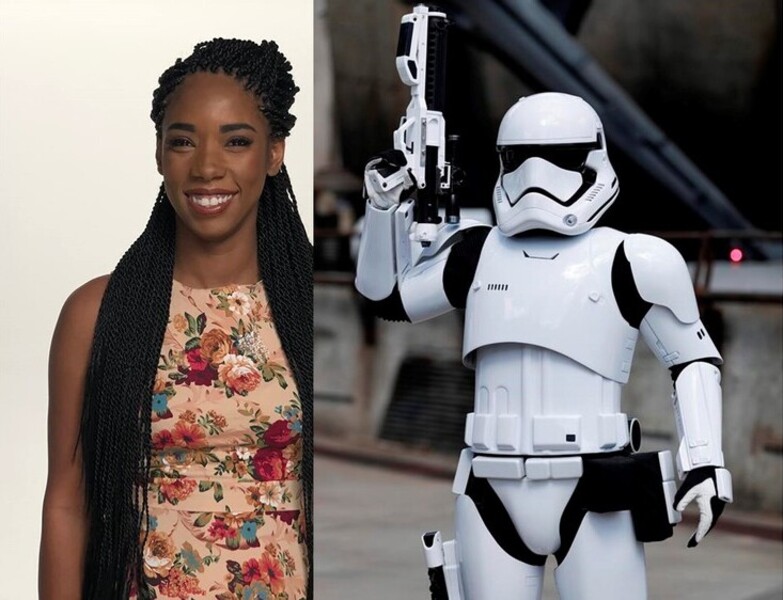 BREAKING NEWS – Anaheim, California – Disney is defending the host of a new “Star Wars” web series amid backlash to tweets some deemed to be racist toward White people.

Krystina Arielle announced this month that she will host “The High Republic Show,” a web series offering news and insights into the latest multimedia subseries of the immensely popular science fiction franchise.

However, shortly after announcing Arielle as the host of the new bi-monthly show, some combed through her past tweets and found several that spoke in somewhat harsh terms about White people’s role in dismantling racism.

Disney defended her comment specifically on storm troopers. “We can’t give a reason on why the uniforms of the Star Wars storm troopers are mostly white,” explained the Disney Corporation in a tweet. “And we can’t be certain if Krystina Arielle was correct when she said, that if their uniforms were mostly black, they wouldn’t have been given guns.”