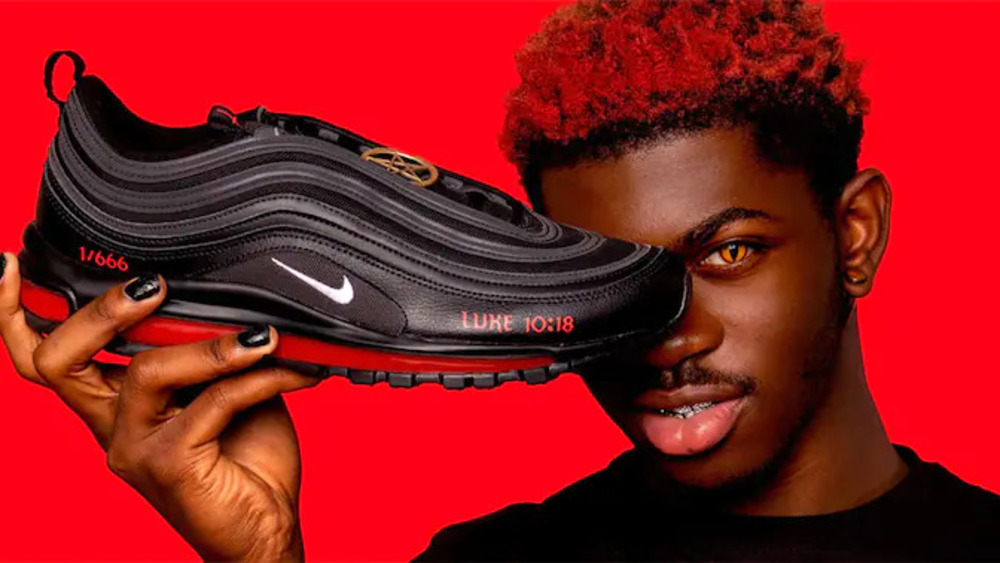 The shoes, which contain a drop of human blood in the sole, went on sale Monday for $1,018 per pair. They are decorated with a pentagram and a reference to Luke 10:18, a Bible verse about Satan’s fall from heaven. Only 666 pairs were made available, and all were sold out shortly after going on sale.

Lil Nas X explained the appeal in his new product. “The drop of blood has created a large backorder based on the demands of nearly every athlete in Transylvania,” stated the rapper. “And the pentagram appeals to the people that have already accepted the fact that they are not going to heaven, and wearing these shoes upon their death, allows them to sprint away from Satan while in hell, just in case he attempts to influence them in a negative way.”