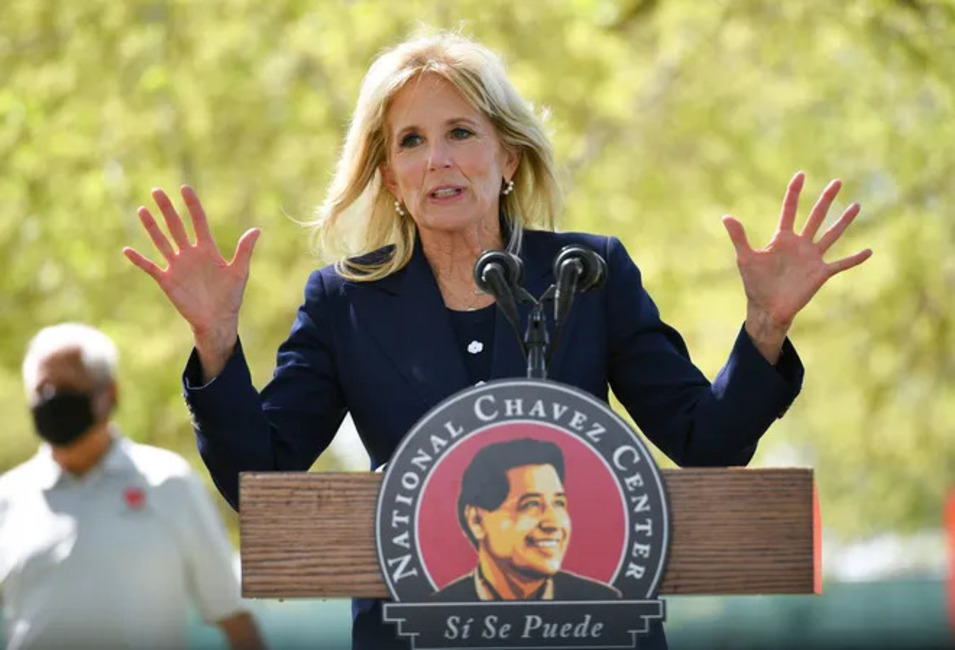 Biden appeared alongside California Gov. Gavin Newsom in Delano, California and spoke to farmworkers on the birthday of César Chávez, who was considered a transformational labor leader and Latin American civil rights activist.

But it was the First Lady’s pronunciation of “¡Si Se Puede!,” which translates to “yes we can” in Spanish that drew criticism on Twitter.

She later tried another attempt to endear herself to Hispanics by referring to her husband as “Jose” Biden, and that he will fight for Latinos at the drop of a sombrero.