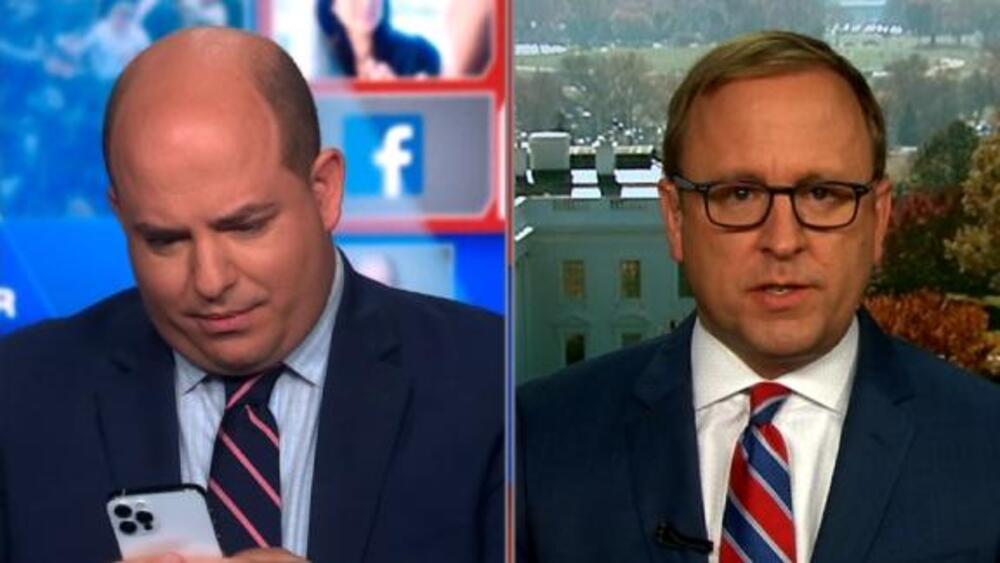 Stelter accused conservative media outlets on the latest edition of “Reliable Sources” of pressuring Biden to visit the southern border amid the surge of migrants trying to get into the U.S.

“That is how right-wing narratives trickle into the rest of the press and they divert attention,” Stelter told his panelists.

“Watching from home, I would’ve liked to have seen, you know, more questions, certainly questions on COVID. But there were good questions asked,” Karl said. “You pointed to Cecilia Vega. I think that’s incredibly valuable. That is not ‘right-wing talking points.’ Cecilia had just been at the border, she had just talked to migrants who have come over — including some that said point-blank that they had come because they thought they would have better treatment now that Joe Biden was president.”

The show then abruptly went to a commercial, but not before Stelter said to Karl, “You signed an agreement promising not to bring any of that up!”