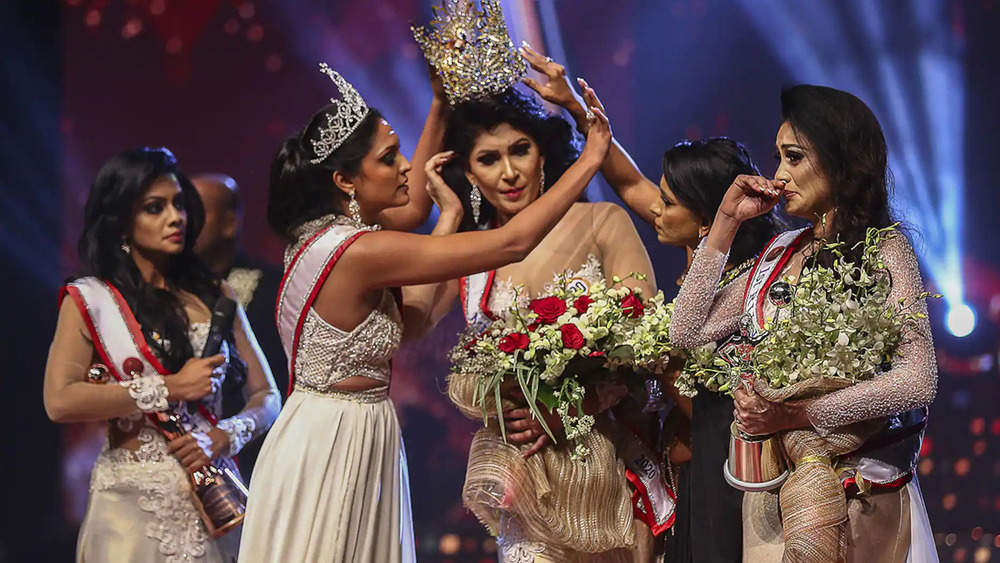 Mrs. Sri Lanka, whose name is Pushpika De Silva, accused Caroline Jurie, the winner of the Mrs. World 2020 competition who is also from Sri Lanka, of injuring her head after she stormed the stage and declared that a rule states the winner of the contest must be married and not divorced.

“There is a rule that prevents women who have already been married and are divorced, so I am taking steps to make the crown go to second place,” Caroline Jurie states in a video of the incident posted by the Colombo Gazette. “And I also feel like I showed a lot of restraint, because I really wanted to lift the crown up, and slam it back down on her head as hard as I could. Thus she would’ve been disqualified under those conditions, adhering to the rules that winners cannot have massive brain injuries.”