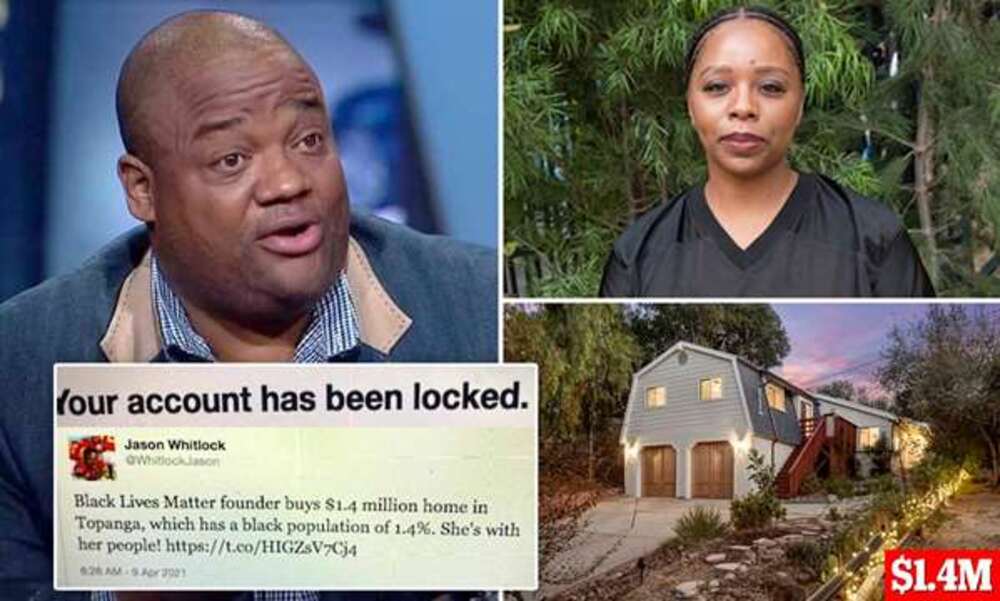 BREAKING NEWS – Los Angeles, California – Sports columnist Jason Whitlock said he would not comply with Twitter’s demand to remove a tweet criticizing a Black Lives Matter co-founder’s purchase of an expensive home after the social media giant locked Whitlock out of his account.

Whitlock, who is Black, took a dig at Patrisse Cullors on Friday after she reportedly bought a $1.4 million home in Topanga Canyon, a ritzy Los Angeles-area enclave where only 1.4% of residents are Black.

“She’s with her people!” Whitlock wrote sarcastically, with a link to a story about Cullors’ purchase from celebrity blog site Dirt.com.

Cullors didn’t respond directly to Whitlock’s criticism, but did say she has plans to start her a new version of BLM based on her financial gain of being a co-founder. Except in her upcoming version, she said BLM will stand for “Blacks Love Money”.