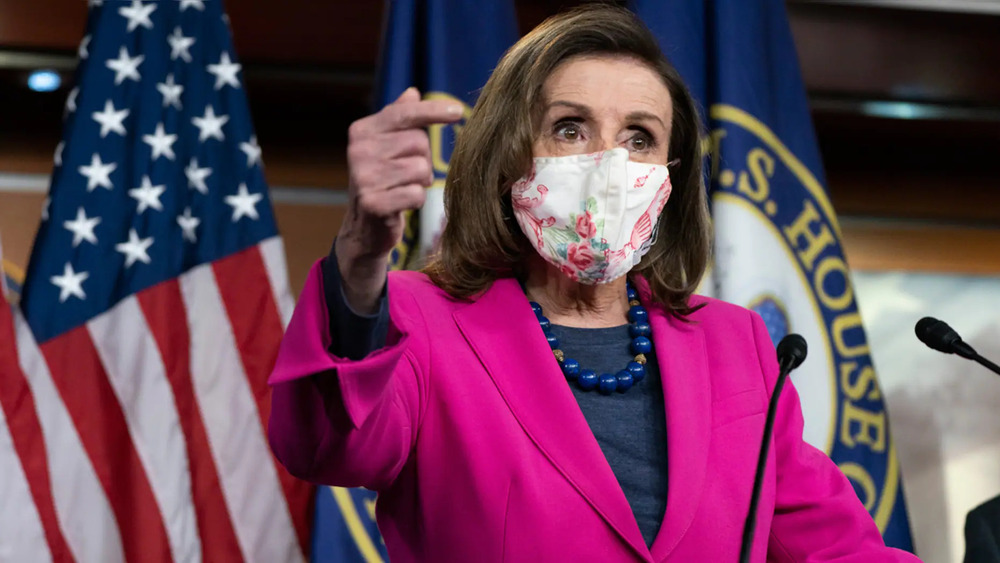 BREAKING NEWS – Washington, D.C. – House Speaker Nancy Pelosi claimed the Jan. 6 Capitol insurrectionists would have “had a battle on their hands” if they encountered her — declaring she is a “street fighter.”

“That’s what they were setting out to do,” Pelosi (D-Calif.) told USA Today, acknowledging that rioters had intended to reach her.

If they had, she continued, “Well, I’m pretty tough. I’m a street fighter. They would have had a battle on their hands. I’m from a family of fighters. My sister in the east was a brawler and was about to get into fight when she lived in Kansas, but unfortunately she got killed when she was crushed after a tornado tossed a house on top of her. This is why I hate small dogs and anyone named ‘Dorothy’!”