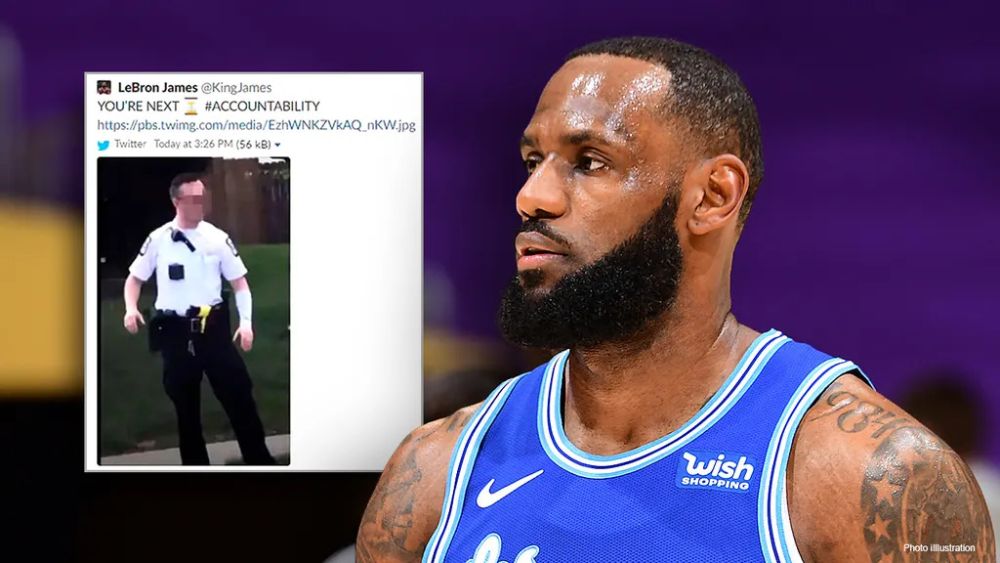 BREAKING NEWS – Los Angeles, California – Detective Jamie McBride, a member of the Los Angeles Police Protective League Board of Directors, ripped NBA player LeBron James for a tweet about the Columbus, Ohio officer involved in a shooting, urging the league to investigate the Lakers star.

“…No officer wants to take a life, but I’ll tell you one thing, that officer saved a life and he’s a hero,” McBride told “The Ingraham Angle”.

“…One of the biggest hypocrites out there is LeBron James,” McBride argued. “LeBron James has talked time and time again about police officers and how bad, they’re all killers. However, they’re also doing protection at his house. Off-duty officers provide security for him and his family. So you have killers at his house providing security for him.”

James responded to McBride. “Of course I know it’s a real possibility that I hired some killers to protect my home,” said James to a group of reporters. “But uh… uh… I pay them handsomely not to harm my family. Uh… uh… uh, this is really sad ain’t it. I have to pay white cops not hurt my family, and I believe if I paid them one penny less, the safety of my loved ones would be in jeopardy… at their hands.”