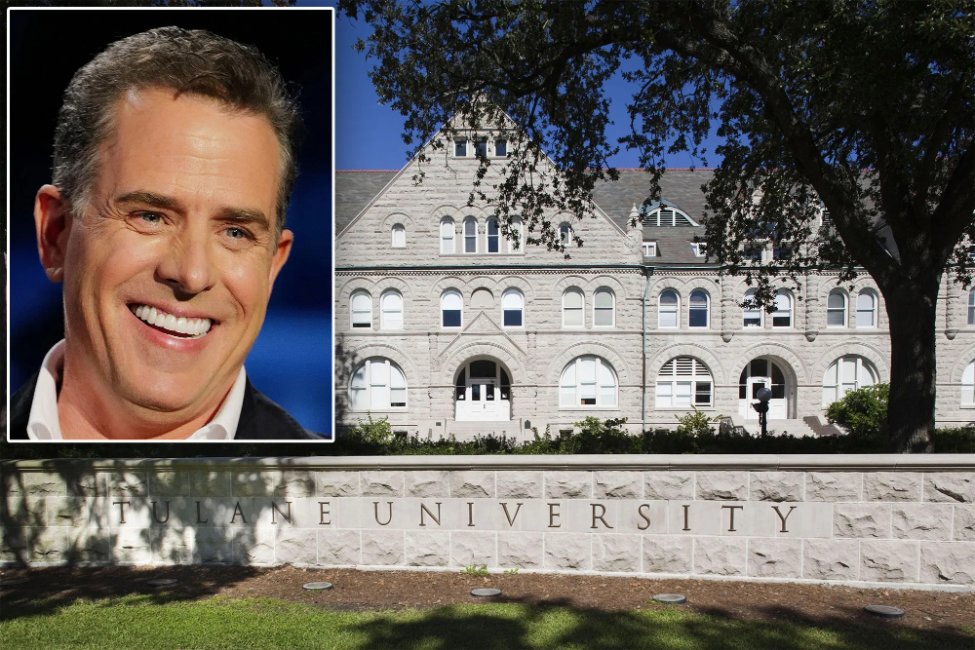 BREAKING NEWS – New Orleans, Louisiana – Twitter was set ablaze after Tulane University confirmed that Hunter Biden will join the lineup of guest speakers for a 10-week course on “Media Polarization” and “cancel culture” this summer.

The course, titled “Media Polarization and Public Policy Impacts,” is described as focusing on “the current state of the media landscape in the United States and how media polarization, fake news and the economics of the new business impact public policymaking in Washington D.C.”

Social media critics wondered what qualified the Biden for the position, aside from a rocky personal past, controversial overseas business dealings, and shared DNA with the President of the United States.

The president of Tulane Michael A. Fitts defended the decision. “People are looking at this all wrong,” explained Fitts. “Hunter Biden can encourage our lesser intelligent students, that there are ways of getting high paying jobs with zero qualifications… especially if they are planning on moving to the Ukraine.”