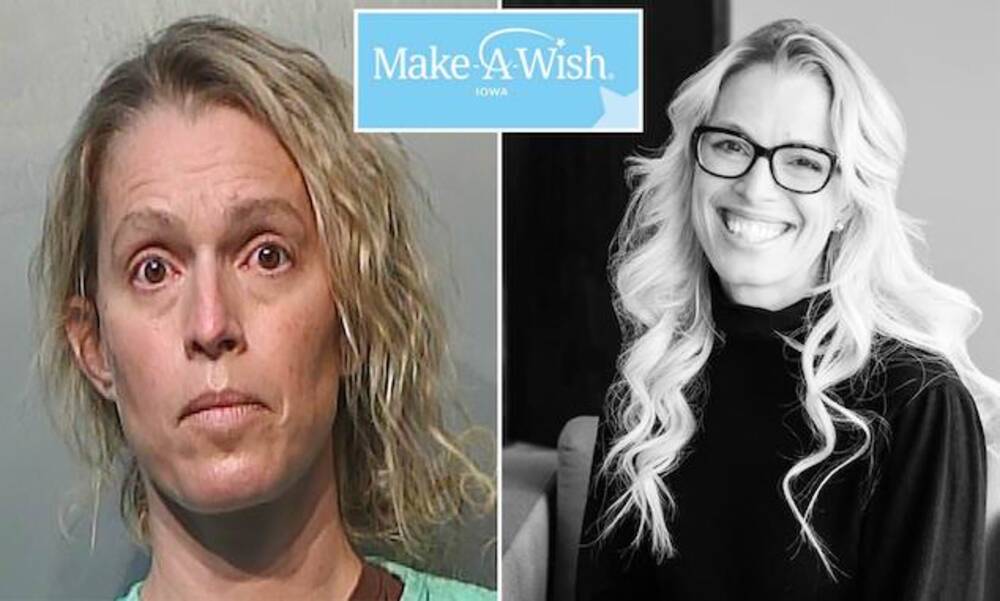 BREAKING NEWS – Des Moines, Iowa – The former CEO of Make-A-Wish Iowa has pleaded guilty to charges of embezzling tens of thousands of dollars from the charity that supports sick children and their families.

Jennifer Woodley admitted in a written guilty plea last week that she made unauthorized charges on a foundation credit card, gave herself an unapproved bonus and salary increases and made false entries into foundation records related to those expenses.

Woodley, 40, pleaded guilty to two counts of first-degree theft and one count of fraudulent practices, all felonies. In a final attempt to avoid prison time, she addressed the judge.

“I stole from Make-A-Wish,” she began. “My wish is that the foundation drops all charges against me, and act like this never happened. If they don’t honor my request, then I have no remorse in robbing these hypocrites!”