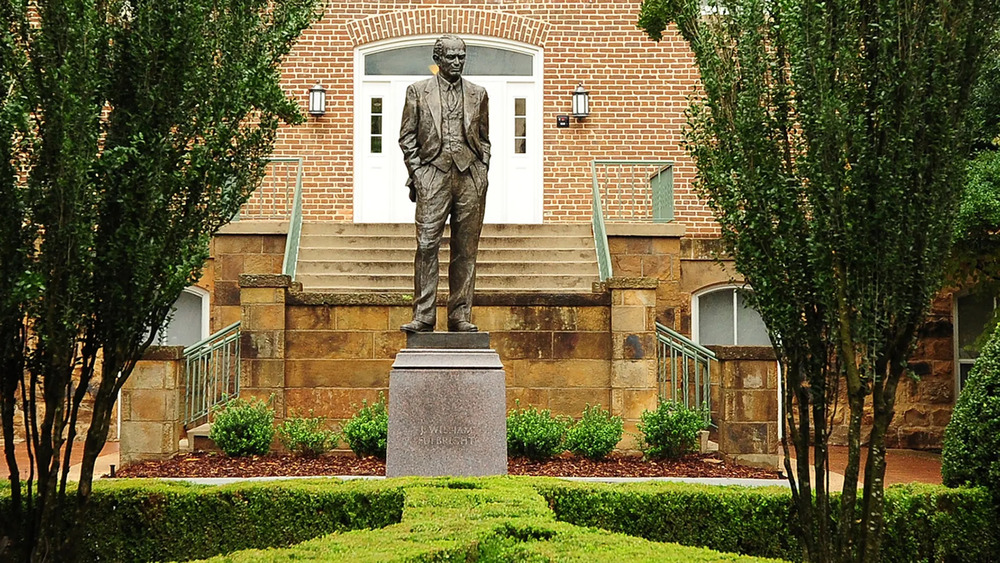 BREAKING NEWS – Little Rock, Arkansas – The University of Arkansas’ chancellor has reportedly met with state lawmakers this week to hear their concerns about the potential relocation of a campus statue of late Sen. James William Fulbright – the one-time mentor to Bill Clinton whom the former president delivered a eulogy for at his funeral.

Critics of Fulbright point to the senator’s civil rights record, in particular his decision to sign the Southern Manifesto – a declaration opposing the landmark Supreme Court ruling in Brown v. Board of Education – and resistance to the “Civil Rights Bills of 1957 and 1964, and vote against the Voting Rights Bill of 1965.”