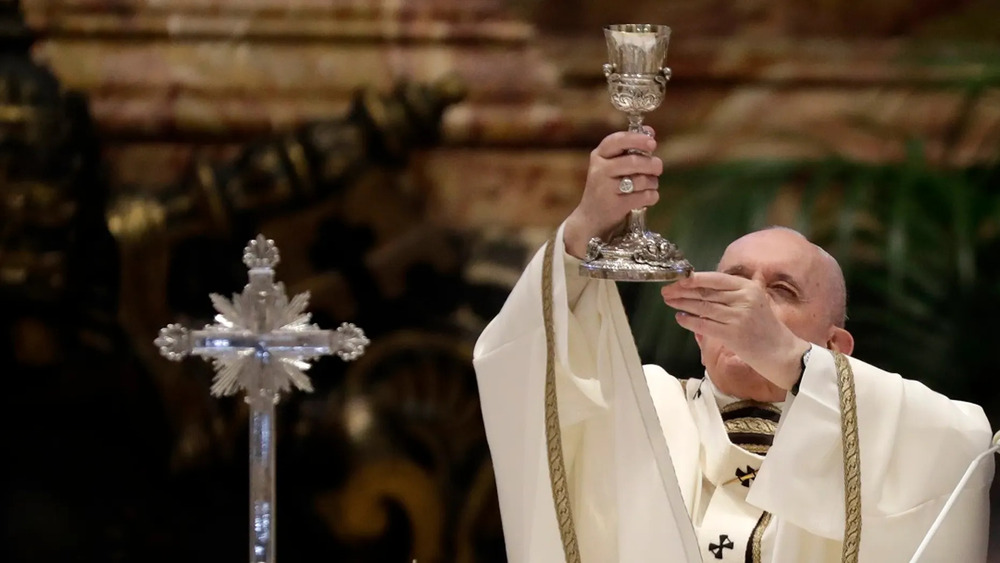 BREAKING NEWS – Rome, Italy – Pope Francis I cracked down on the spread of the old Latin Mass, reversing one of Pope Benedict XVI’s signature decisions in a major challenge to traditionalist Catholics who immediately decried it as an attack on them and the ancient liturgy.

Critics said they had never before witnessed a pope so thoroughly reversing his predecessor. That the reversal concerned something so fundamental as the liturgy, while Benedict is still alive and living in the Vatican as a retired pope, only amplified the extraordinary nature of Francis’ move, which will surely result in more right-wing hostility directed at him.

Pope Francis I remained defiant and doubled down on his position in a written statement. “Unlike the previous Pope, I objectively consider all of my decisions, instead of like him, staying up all night chugging whiskey and playing poker with bishops and cardinals using marked cards.”