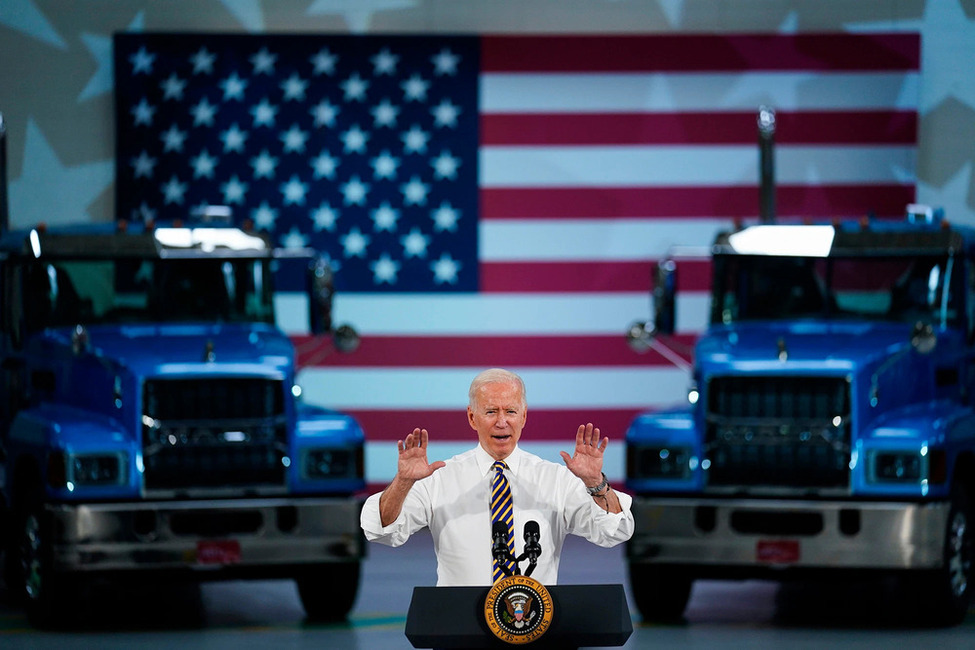 BREAKING NEWS – Lehigh Valley, Pennsylvania – President Biden is being mocked for claiming he used to drive an 18-wheeler truck — with the White House only able to show he was once a passenger in one.

The 48-year political veteran made the claim while visiting a Mack Truck facility in Pennsylvania. “I used to drive an 18-wheeler, man,” the 78-year-old commander-in-chief told staff.

White House Press Secretary Jen Psaki later defended Biden’s allegation. “Ok, he didn’t drive an 18 wheeler, but he drove a pick-up truck four and a half times. So mathematically he was 100% correct.”